Supermarkets in Asia have swapped plastic for banana leaves 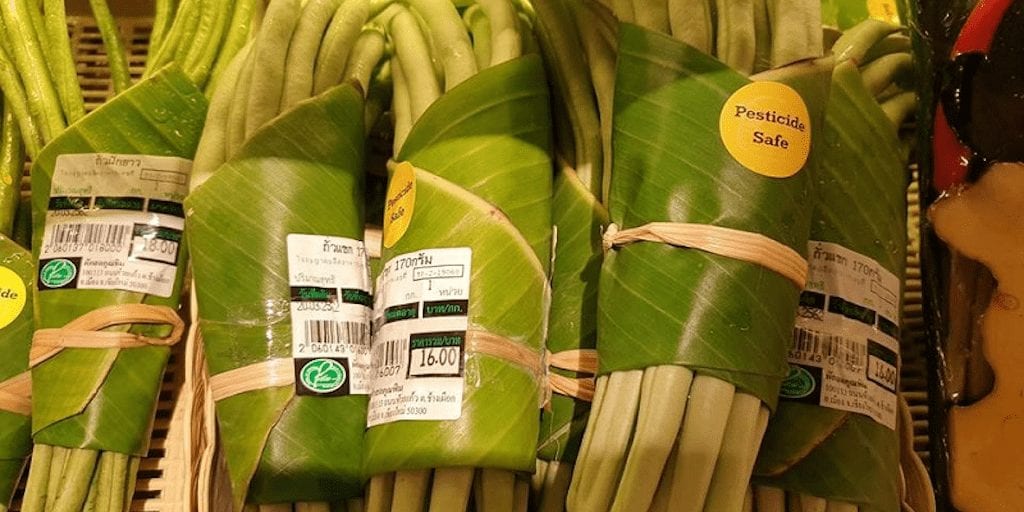 A new environmentally-friendly form of packaging which uses banana leaves in place of plastic is catching on in Asia.

The packaging has become a feature at many supermarket chains in Vietnam, inspired by a supermarket in Thailand which went viral for the ingenious idea.

Vietnam is renowned for being one of the biggest polluters of the oceans thanks largely to huge amounts of single-use plastics used across the country.

Customers at Lotte Mart’s store in District 7 of Ho Chi Minh were surprised to see the revolutionary new packaging on products such as scallions, ocra and various other vegetables.

A spokesman for the company told VnExpress that the supermarkets are trialling the packaging with a view to rolling it out nationwide in a bid to reduce plastic waste.

The Vietnamese publication quoted a local resident named Hoa: “When I see vegetables wrapped in these beautiful banana leaves I’m more willing to buy in larger quantities. I think this initiative will help locals be more aware of protecting the environment.”

The supermarket aims to even use the banana leaf packaging for meat products as well as all fruit and vegetables.

And Big C supermarkets last weeks introduced a month-long trial of banana leaf packaging with a view to rolling the new system out nationwide.

Vietnam is under pressure to reduce its environmental impact. Official statistics reveal the country disposes of 2,500 tonnes of plastic every day, and is the fourth biggest culprit for dumping plastic in the ocean globally.

What do you think of the new banana leaf packaging? Share your thoughts in the comments below!