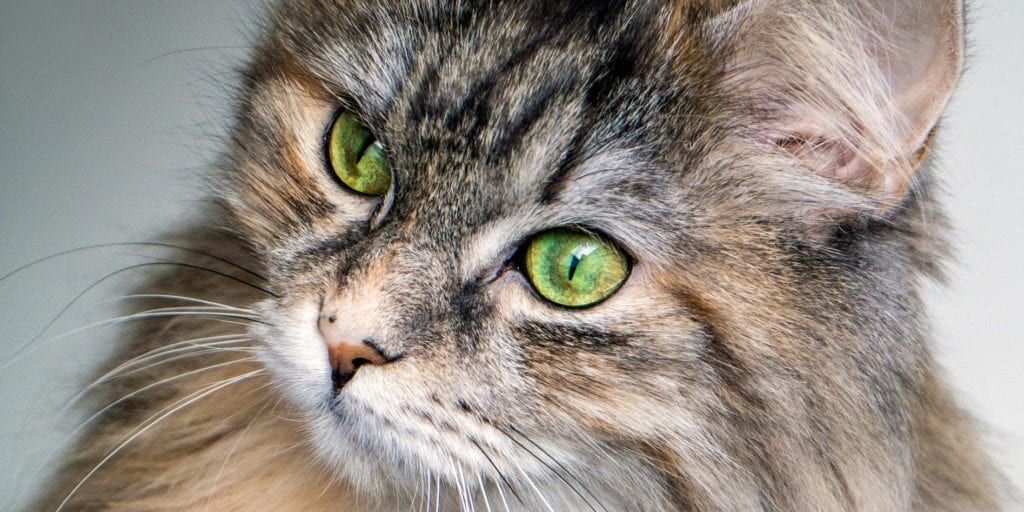 The RSPCA has been slammed for ‘hypocrisy’ after it claimed that anyone feeding their cats a vegan diet should be criminally prosecuted.

The animal rights charity, which notoriously does not support veganism or vegetarianism, has argued that our feline friends need to eat meat to be healthy.

But animal rights group PETA told Totally Vegan Buzz that many cats live ‘long, healthy lives on a vegan diet’, and that many vets link sickness in cats to low-quality meat.

The RSPCA said in a statement that anyone giving cats a plant-based diet should face a fine or even prison time.

“Under the Animal Welfare Act, the law requires an owner to ensure all the pet’s needs are met. This includes a healthy diet, as well as suitable living conditions and protection from pain, suffering, injury and disease,” a spokesman said.

“Those in breach of the act could even face prison. Failing that, they could be fined.”

The RSPCA claims cats ‘need a source of animal protein to survive’, in particular, taurine and arginine, which is only found naturally in meat.

But one in six pet food suppliers now provides vegetarian and vegan products due to the rapid rise in veganism.

Benovo is one of these suppliers, specialising in ‘ethical pet food’. Products stocked by Benovo have taurine and arginine added.

The company told the Telegraph that the RSPCA’s advice is inappropriate and that the industry is struggling with ‘an unshakable ideology’.

She said that some veterinarians have found sickness in cats to be linked to the consumption of low-quality meats.

And a spokesman for The Vegan Society told Totally Vegan Buzz: “Veganism is about avoiding the use of animals as far as is possible and practicable, and we always encourage vegans to look for animal-free alternatives.

“While cats are obligate carnivores, complete vegan cat food is available on the market and backed by some vets, however, more research needs to be carried out in this area.

“Feeding companion animals a vegan diet is an individual decision of each vegan.”

Some Twitter users were critical of the RSPCA’s statement, labelling the charity as ‘hypocrites’. PETA’s director, Elisa Allen, told Totally Vegan Buzz: “As RSPCA figures of starved, abandoned, and physically assaulted dogs and cats skyrockets, it’s clear that more must be done to protect these companion animals – and providing the public with information on a healthy, nutritious diet for their felines is part of that.

“Cats’ nutritional requirements are complex: vitamin A, arachidonic acid, and taurine are essential for their health, but these can be included in a plant-based diet through the use of supplements or food fortification – and we know many cats who have led long, healthy lives on a vegan diet.

“Some veterinarians blame the low-grade meat – which can even be labelled as ‘unfit for human consumption’ – used in commercial pet food, even the costly varieties, for sickness in cats and dogs.

“Of course, whether plant-based or otherwise, feeding cats the wrong foods can expose them to dangerous toxins and have potentially devastating effects on their health.”

What do you think of the RSPCA’s statement? Tell us in the comments section below!