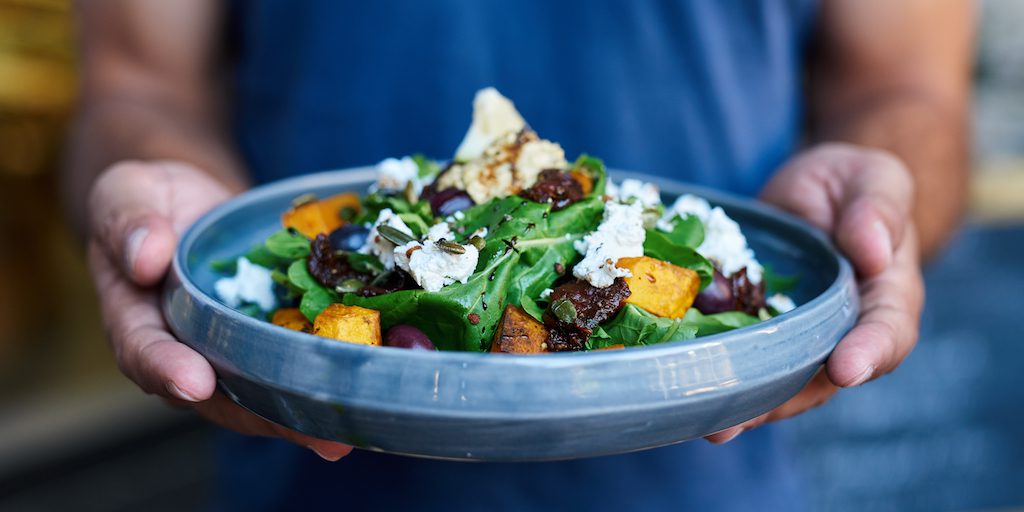 Plans to convert Perth Prison’s old social club into a vegan restaurant have been submitted in an effort to provide a second chance to prisoners and ex-convicts.

A new vegan restaurant named the Yew Tree is set to open in a maximum-security prison in Scotland.

The project is being led by local social justice business Starting Step and will be set up in Perth Prison’s old social club.

According to the organization, the business will initially start as a café with plans to later convert it into a fine-dining restaurant in the evenings.

The idea behind the venture is to support prisoners and ex-convicts while giving them a second chance in life as well as create employment for people outside the criminal justice system.

“I’ve worked with charities and the third sector for some time and I had always wondered why Scotland has such an appalling number of people in prison,” said Starting Step CEO Dodie Piddock

“We’re one of the worst in Europe, per capita.

“I did a lot of work on focus groups and I found that the vast majority of people in prison need a second chance. I came away from this thinking, how do we do this?”

However, when she spoke of her plans for the abandoned social club to the prison service, she said: “they probably thought I was bonkers.”

“That’s the usual response I get,” she joked.

A planning application to change the building into The Yew Tree has been submitted to Perth and Kinross Council and the prison service is closely monitoring Starting Step’s project.

As per the plan, “trainees will be able to develop their skills and reap the benefits of a real work environment,” Starting Step told The Courier UK.

“They will be able to interact with members of the public, where there will be no attached stigmas of their past mistakes.

“This will bring an added positive outcome of breaking down barriers between community and clients.”

Of the “many reasons” why Yew Tree plans to offer a vegan menu, Piddock said: “There is a growing need for chefs that are able to produce high-quality vegan food.

“What is important about this project is the end result. I don’t want this to be just another training programme; I want to do something more than give them hope.

“I knew there were two areas where we could just about guarantee them jobs – horticulture and hospitality.”

Confident about the plan, she added: “It will be beautiful. And hopefully, it will be something Perth can be proud of.”

“Ultimately, I really want to eradicate the stigma of people who have touched base with the criminal justice system.”

Share this story to let others know of the new vegan restaurant project outside Perth Prison, Scotland.