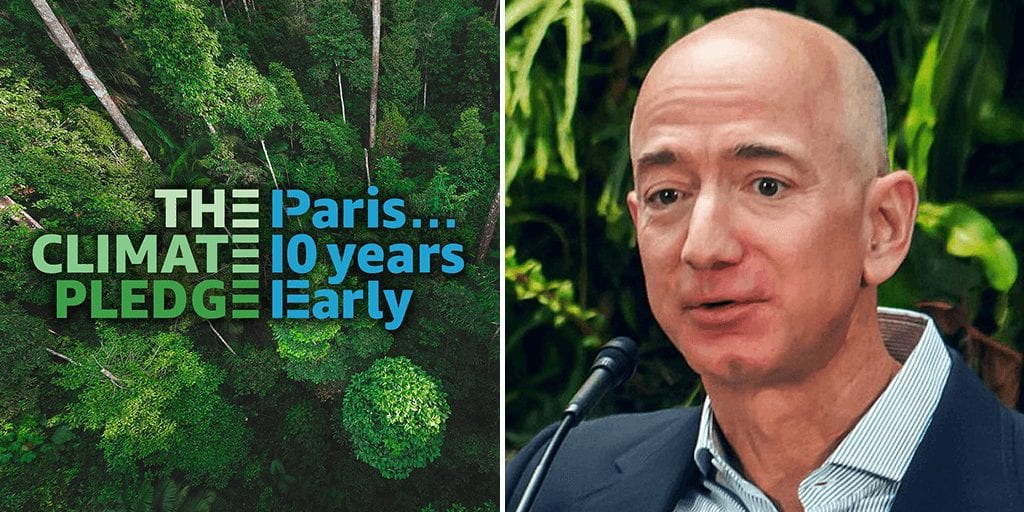 The company hopes the move will help it reach its commitment to be net-zero carbon in its operations by 2040 after the Seattle-based tech firm earned criticism over its increased carbon footprint last year and environmental record in recent years.

The group announced the new “Climate Pledge Fund” will invest in a range of different industries, including transportation, energy, battery storage, manufacturing and food and agriculture.

“The Climate Pledge Fund will look to invest in the visionary entrepreneurs and innovators who are building products and services to help companies reduce their carbon impact and operate more sustainably,” Amazon founder and CEO Jeff Bezos said in a statement.

“Companies from around the world of all sizes and stages will be considered, from preproduct startups to well-established enterprises.

“Each prospective investment will be judged on its potential to accelerate the path to zero carbon and help protect the planet for future generations.”

After facing mounting pressure from employees to address its environmental impact and being accused of donating to climate-delaying legislators and promoting use of fossil fuels, the e-commerce giant has made several initiatives to achieve its goal of relying on renewable energy.

In its 2019 sustainability report released on June 23, the company showed that it is on its way to utilizing 100% renewable energy powering its operations by 2025 through the development of 91 renewable energy projects.

It also updated on its other sustainability goals and programs, which included making two investments from its $100 million Right Now Climate Fund in nature-based solutions and reforestation projects around the world among others.

The company also announced that the $2 billion investment is only an “initial” commitment and it would involve other corporate signatories indicating that the fund could grow over time.

In a post to Instagram, Bezos wrote that Verizon, and Infosys, among others had signed The Climate Pledge — committing to reach the Paris Agreement goals 10 years early.

Very pleased to share today that @verizon, @infosys, and @discoverrb have signed The Climate Pledge — committing to reach the Paris Agreement goals 10 years early. @Amazon and @globaloptimism co-founded the Pledge to encourage more companies to use their size and scale to fight climate change. Big thanks to these companies for stepping up and showing leadership. #ClimatePledge