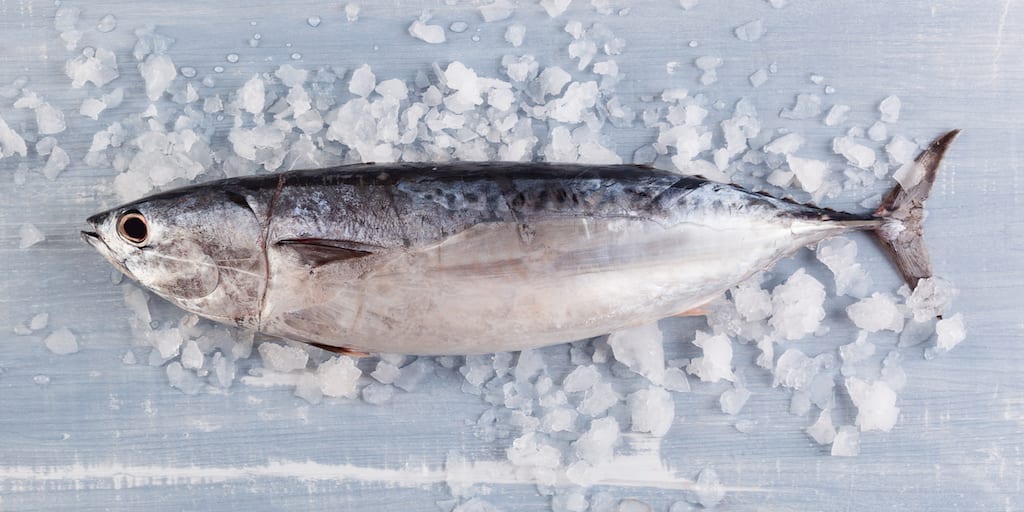 The study is important from ‘a public health standpoint, and for understanding what’s going on with marine mammal populations that aren’t thriving.’

A study led by the University of Washington called – “It’s a Wormy World” – has shown that fish including Sashimi, nigiri and other forms of raw fish are carrying 283 times more parasitic worms than in the 1980’s.

The study published in Global Change Biology was carried out by Chelsea Wood, an assistant professor in the UW School of Aquatic and Fishery Sciences and her colleagues. The researchers looked at 123 papers and screened a total of 56,778 fish from 215 species for Anisakis, or herring worm, and another parasite known as Pseudoterranova, or “cod worm.” between 1978 and 2015.

The researchers found a 283 % rise in herring worms in the last forty years.

“This study harnesses the power of many studies together to show a global picture of change over a nearly four-decade period,” said Wood.

“It’s interesting because it shows how risks to both humans and marine mammals are changing over time. That’s important to know from a public health standpoint, and for understanding what’s going on with marine mammal populations that aren’t thriving.”

The study highlighted that herring worms can infect humans who eat raw, smoked or undercooked seafood. The worms in the infected fish can invade human intestines on ingestion and cause nausea, vomiting and diarrhea- akin to food poisoning.

Although researchers state the symptoms are mild, a CDC report estimates that nearly 128,000 are hospitalized, and 3,000 die due to a food borne disease annually.

While the parasites don’t thrive in the human intestine, they have a greater impact on marine populations, including dolphins, whales and seals.

The worms can live in the mammals’ bodies for years and even reproduce and infect other ocean animals when expelled during excretion.

“One of the important implications of this study is that now we know there is this massive, rising health risk to marine mammals,” explained Wood.

“It’s not often considered that parasites might be the reason that some marine mammal populations are failing to bounce back. I hope this study encourages people to look at intestinal parasites as a potential cap on the population growth of endangered and threatened marine mammals.”

Although the study couldn’t pinpoint a definitive cause for the dramatic increase in herring worms in the last few decades, the researchers pointed to climate change and increased ocean pollution as some of the important contributing factors.

A number of food companies are launching alt seafood in a bid to counter the harmful effects posed by fish farming both to humans and sea-life.

Other plant-based producers such as Ocean Hugger, Good Catch, Sophie’s Kitchen, and many others are using plant alternatives to produce vegan alternatives for sushi, tuna and other fish meats.

Share this article to reveal the dangers associated with the seafood industry.