Vegan “hate crimes” are rising in the UK, report shows 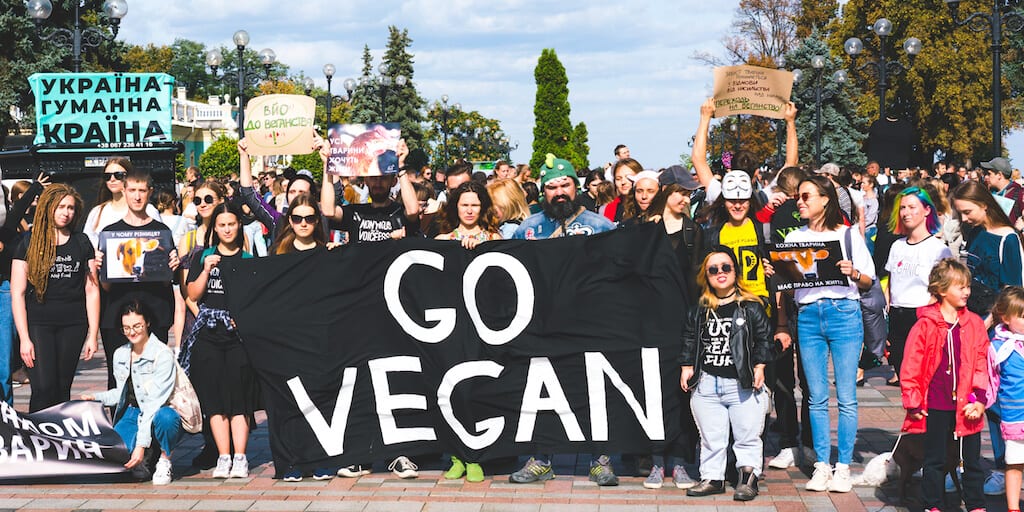 Veganism with its growing popularity seems to attract hate as well, a report reveals.

There are approximately 600,000 people in the UK, who follow a vegan diet and this number has gone up from just 150,000 six years ago.

While a number of Brits are switching to a more plant-based lifestyle for health, environmental and ethical reasons, a report by The Times has revealed that the number of crimes committed against vegans is also increasing.

According to the report, the police have registered 172 crimes committed against vegans because of their beliefs over the past five while there were just 9 reported in 2015 rising to 55 last year.

This rise in crime has prompted a call for tougher discrimination laws to be implemented in order to get these incidents prosecuted as hate crimes.

The report findings are corroborated by several studies. A 2015 study published in the journal Group Processes & Intergroup Relations highlights that vegetarians and vegans in western society – especially vegans experience discrimination and bias on a par with other minorities.

Earlier this year, a tribunal ruled that ethical veganism is a philosophical belief, which means it is to be protected by law under the Equality Act 2010

The ruling followed a groundbreaking employment tribunal in which ethical vegan Jordi Casamitjana argued that he was fired by his former employer, League Against Cruel Sports- an animal welfare charity, for raising objections about the company investing pension funds in companies involved in animal testing.

Casamitjana had declared that he was unduly punished for making the disclosure and that he was fired because of his philosophical belief in ethical veganism.

Although the tribunal’s verdict has awarded legal protections against discrimination in the UK,  it has done precious little in saving vegans from being trolled or abused whether it is online or in public.

In one of several instances, a Cornwall based vegan family of five revealed that since going vegan they had been blanked on the street and even lost friends. The elders were trolled and the children were bullied at school for their dietary choices.

Earlier this year, Jack Shanahan from Birmingham, a student of Archbishop Ilsley Catholic School, who has been a vegan for the last three years revealed that fellow students bullied and ridiculed him at school by shoving “tuna melt” in his face and told him to “eat grass” because he did not consume meat.

Britain’s youngest chef, Omari McQueen has not been spared either. In one interview he revealed that after successfully launching his temporary pop-up restaurant to sell vegan dips, he was attacked at school by a bully, who grabbed his tie and said: “you think you’re special” before smacking him in the face.

Have you received hate because of your vegan choices? Share this story to let others know.