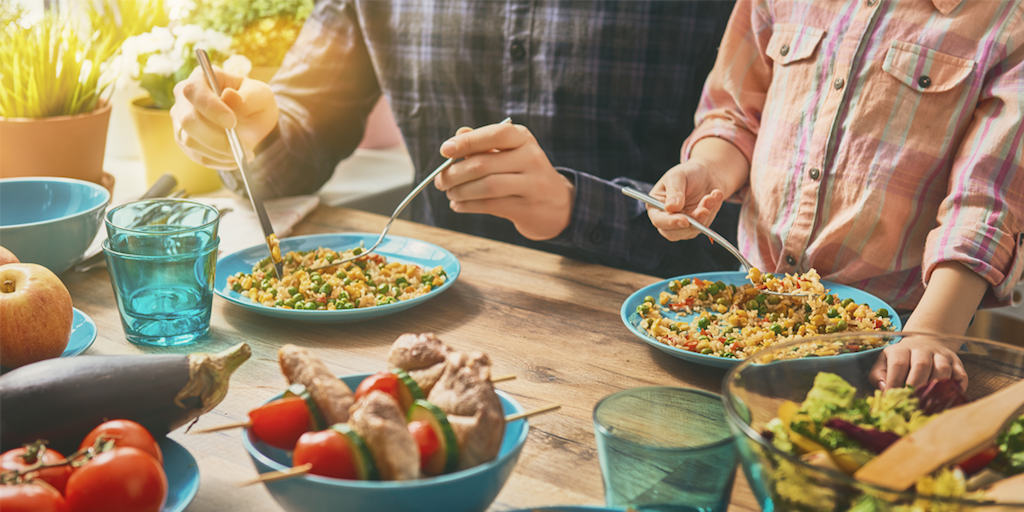 A vegan family of five has spoken out about the abuse they’ve received since taking up a vegan diet.

The Robins family from Probus, Cornwall turned vegan two years ago, but have revealed they’ve been blanked on the street and even lost friends over their lifestyle switch.

Jacqui told Cornwall Live: “I saw a video that went into the reality of the dairy industry.

“I was horrified and straight away I didn’t want anything to do with the dairy products, because I thought if I couldn’t cope with watching it happen, but I was buying the product, I was inadvertently funding it.”

After Jacqui modified her diet, her family members followed suit by ditching meat and dairy products.

‘Made their own decisions’

“All of the kids have made their own decisions and have recognized why they are vegan, Some parents say ‘you’re not having that and that’, but we wanted the kids to understand why we do it, take on the information and decide for themselves,” she added.

However, their diet choices haven’t gone down too well with their friends and the Robins are often ignored on the streets, while other parents avoid the family at their children’s schools.

Jacqui, a nutritionist, insists she just wants to spread awareness about veganism and dispel the myths surrounding it using social media. However, she and her family have received a lot of flak for their efforts.

She said: “There seems to be some kind of divide where people meet vegans with aggression and resistance when you are just trying to raise awareness about practices that people should know about.

“So when I started posting about it and raising awareness, I lost a lot of my friendships – because they were telling me to be quiet about it.”

Ryan, a teaching assistant and son of a butcher, said he grew up in the farming industry and frequently visited slaughterhouses.

“Dad was a highly respected butcher and worked part-time on a farm and neighbours would bring animals around to be skinned and plucked.

“So it wasn’t abnormal for me to be around dead animals for much of my life. I would help put animals on trailers and get the animals into the slaughterhouses and it was all normal to me,” he explained.

His decision to turn vegan was primarily related to his health. “I went vegan for health reasons initially, I wanted us and our family to live a life as healthy and as nutritiously as possible, so that we could live as long as possible.”

But now, he says his main reason is ‘helping to save the animals and saving the planet’.

He added: “There is nothing in schools now to teach kids where their food comes from, how it is slaughtered and the process and all of that kind of stuff.

“So for me, posting was the most powerful thing I could do, I could get things out on social media for people to see and read.

“I got grief from friends back in the Midlands, where I grew up, saying this is not what Facebook is about, stop with the dead images of animals and share family photos instead.”

Some even trolled Ryan for disrespecting his late father’s memories as he was a butcher.

Even the children get bullied at school. Skipp stated that he regularly has meat waved in his face at school.

He said: “A dairy farmer’s child argued with me that a calf doesn’t need to be born for milk to be made, and I was made to look stupid because obviously everyone will believe the farmer’s son over me.

“My friends are supportive but people do view vegans as wanting to take down farmers, and I understand it because farmers are their families,” he added.

Have you ever faced backlash for being vegan? Share your stories in the comments section below!