School adopts meat-free lunches for health and environmental benefits, but parents are furious 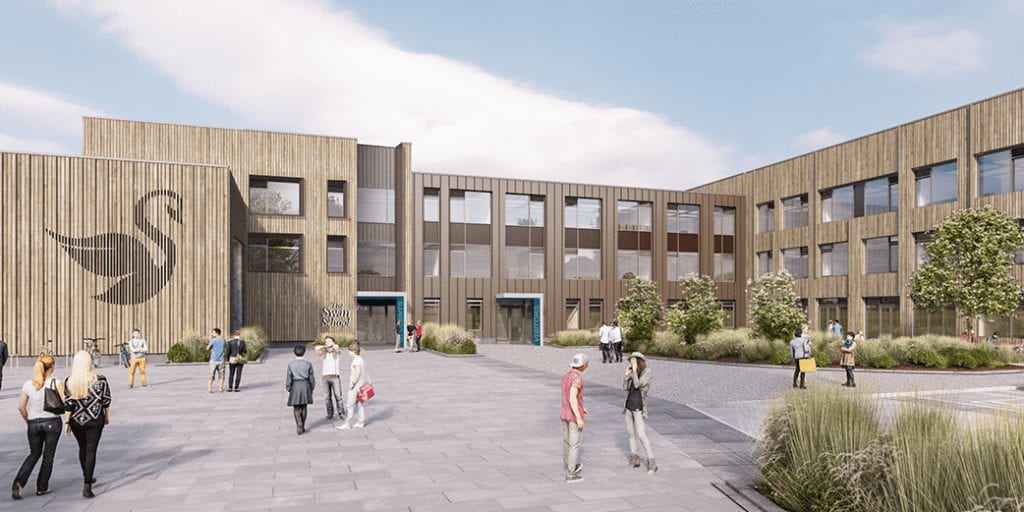 A new school has come under fire for only serving vegetarian meals at lunchtime, even though parents were informed of the policy when their children enrolled.

The Swan School in Oxford has explained that the lunch menu, which features dishes such as lentil lasagne and Quorn sausage and potato bake, would be far lower quality for the budget available if it included meat.

The school also warned parents about the policy, explaining it aims to reduce its environmental impact and ensure healthy meals for pupils.

But parents have responded with fury, claiming their kids come home starving the school is discriminating against their meat-eating children.

And that’s despite the school agreeing to provide a few meat and fish options at break times.

“I’ve heard that a lot of children were very hungry as well – there should be option at dinner time.

“I’ve never known a school to be like this.”

Another mum added: “Swan school food menu needs a menu for kids vegetarian or not. Not all kids are vegetarian my child came home starving and had not eaten all day.”

School governor in Oxford, said: “Political correctness strikes again. If I was a parent I would have very strong words to say.

“And would be passing sandwiches through the school railings at lunchtime.”

The Swan School opened for the first time this Monday (September 9) to 100 pupils, and has a capacity of 1,260 students.

Head teacher Kay Wood responded to the criticism: “We have chosen to serve vegetarian meals at lunchtimes for three main reasons.

“Firstly, it allows us to serve better quality meals for the same money.

“Secondly, there are huge environmental and sustainability benefits.

“Most importantly, it allows students of all faiths and different dietary requirements to eat together.”

“Packed lunches are not banned because the students might bring in meat – we don’t allow them because we want all the children and staff to eat together and engage at lunchtime.

“Everyone is working really hard to make sure the food is delicious and nutritious.

“It goes without saying that we are committed to making sure students are not hungry – we offer free breakfast every day for all students.”

The school also offers free hearty meals of porridge in the mornings and kids can buy healthy snacks at break time, but they aren’t allowed to bring in any other food.

Oliver’s new cookbook Veg has hit the shelves, and he’s back on TV with his new cookery show Meat-Free Meals.

In an interview with The Herald Scotland promoting his new show, Oliver said: “The idea of schools going veggie is a brilliant idea – it would save loads of money.”

He added that he wanted to meet the PM as soon as possible to discuss options for better child health.

“Is child health a central pillar of Britain now and in the future? Yes,” he answered.

“The biggest morally wrong thing we have to deal with right now is that too many times, the better or healthier option is too expensive. We definitely need governments around the world to subsidy better food.

“Generally, what a child and what a family needs is the same as what the planet needs – more veg, more nuts, more seeds, more legumes.

“If I had a magic wand, I’d love to go to David Attenborough and say, ‘Can we do a show called  My Health, My Planet?’ Because I think that’s the conversation now.”

Why do parents get so angry about vegetarian school dinners? Share your thoughts in the comments section below!