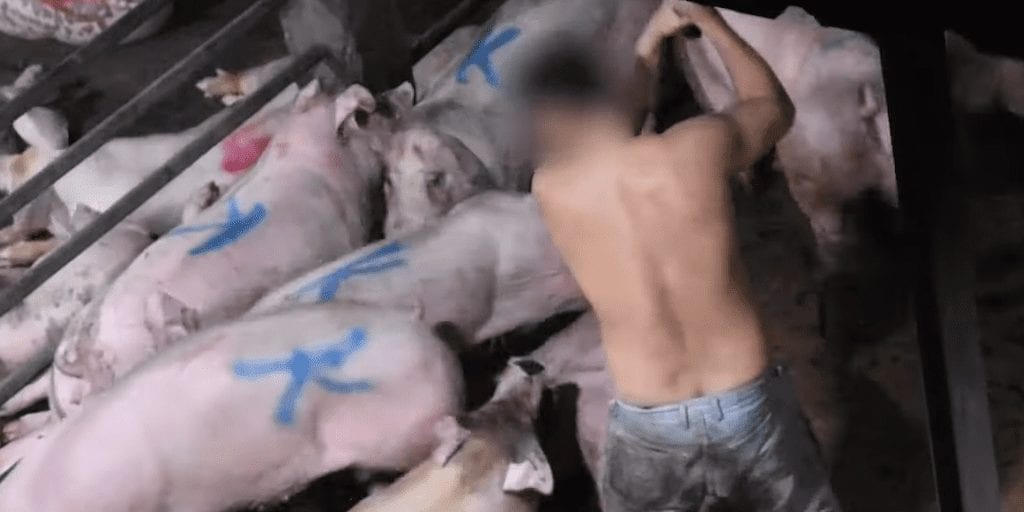 Activists have released secret slaughterhouse footage of horrific practices in Cambodia’s pork industry, and called for reform to animal rights laws in the country.

The investigation released undercover footage taken by Moving Animals which shows hundreds of animals being slaughtered in a tightly packed room in close proximity to each other.

The method of killing is particularly brutal – with workers striking pigs on the head with metal poles multiple times until they can no longer move before slitting their throats.

Animals are also dragged across the floor and thrown into boiling vats of water.

Warning: The below video contains graphic imagery which viewers may find distressing

Moving Animals’ co-founder Amy Jones told The Guardian: “This was one of the most brutal things I’ve ever seen.

“The Cambodian government must act immediately by implementing animal welfare laws that ensure no more animals experience such brutal killing methods. For consumers, the best way to protest against the inhumane suffering of animals is to stop paying for their slaughter altogether.”

The slaughterhouse has also been under pressure since a video was released by PETA showing abuse at the venue.

“This footage shows there has been no change. The meat industry in south-east Asia is growing at an alarming rate: around 2.5 million pigs are slaughtered annually in Cambodia alone,” Jones said.

“But the laws for animal welfare are practically non-existent in Cambodia, which means these animals are left with no protection.”