People are most likely to be turned vegan by family members 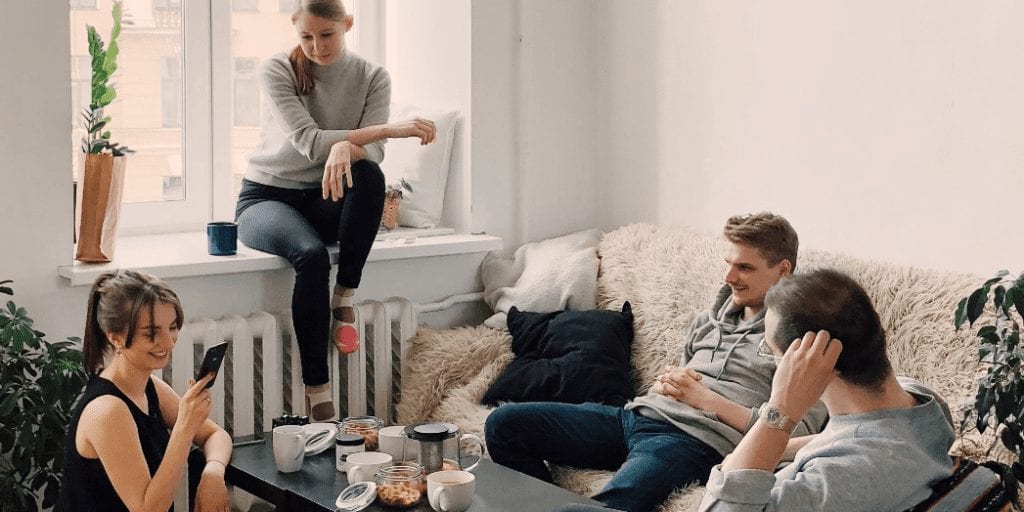 Family relationships may be the biggest driver to convince people to turn vegan, a study by social scientists has found.

The year-long Pathways to Veganism study found that non-vegan relatives are most likely to respond to health messages in the promotion of veganism.

The study questioned omnivores and vegetarians, and aimed to understand how non-vegans perceive veganism and which pro-vegan messages are the most effective.

There was greater engagement with health messages and participants indicated they have already or would in the future pass on health information about veganism.

However, the study suggested the moral position on veganism is more likely to result in a long-term commitment to the lifestyle.

The Vegan Society identified the need for and funded the project, which was developed into a study and carried out by Prof Claire Parkinson, Dr Richard Twine and Dr Naomi Griffin from the Centre for Human-Animal Studies (CfHAS) at Edge Hill University.

The study, which was the first of the kind, used a mixed methods approach including an online questionnaire, household interviews and focus groups.

Prof Parkinson said: “The research revealed that non-vegans were more receptive to health messages about veganism than to environmental or ethics messages. It also showed how important family dynamics are in establishing and maintaining food practices.

“It was interesting to find out that celebrity endorsement of veganism was viewed with such a high degree of scepticism by study participants, but our findings also suggested that vegan sportspeople and celebrities are important in challenging stereotypes around vegans’ health and strength.”

Dr Twine added: “Some of the most interesting findings of our study are in the way food practices come to constitute everyday routines which can be resistant to change. Family relations were seen to be both barriers and pathways to veganism.

“It was also interesting to see that vegetarian practice was becoming ‘pulled toward veganism’. Barely any of our vegetarian interviewees only excluded meat from their diet but had also begun to exclude other animal products.”

The following findings will inform The Vegan Society policy, future organisational strategy and research, as well as individual team plans:

The social and family aspects
Large proportions of the sample had friends or family who were vegan (80.1%) and had eaten a vegan meal themselves (83.9%), demonstrating the increased social presence of veganism in contemporary UK life.

Family dynamics are a major pathway to animal product reduction and transition to veganism. Non-vegans who reported they had vegan friends or family had a considerably more positive view of the healthiness of veganism.

Cooking separate meals may lead to conflict in a family setting but it can be overcome by constructing vegan meals as adaptable to other diets and preferences.

Health messages were seen to have greater credibility than the environmental or ethics messages, particularly if coming from respected, independent professional health organisations.

Those who understand veganism well are much more likely to know such a diet is generally healthy. Over 90% of those who rated themselves as having a high knowledge of veganism thought that it could be a healthy way of eating, in contrast to 60% of those who self-rated their knowledge as low.

Some respondents thought becoming vegan could be too much of a challenge, others didn’t want to spend time on making the lifestyle switch, and a number of people worried about finding vegan food options.

The study found that in order to go vegan, people need the knowledge and information about veganism and plant based nutrition; access to the right materials such as vegan food and ingredients and other products; easy and adaptable recipes or a practical meal plan; and have the ability to prepare a vegan meal or knowing what to buy and cook.

The Vegan Society said it was considering the following approaches in future as a result of the study:

– A focus on plant based nutrition, as well as networking with health professionals and the public to communicate the benefits of it.

– Working with health organisations and charities to address the nutrition concerns of people with pre-existing health conditions.

– Consider the relationship and family-based context of food practices in pledge schemes.

Dr Lorna Brocksopp, Research Officer at The Vegan Society, said: “This has been an excellent opportunity for The Vegan Society to be proactively involved in a piece of academic research which will have a direct impact on professional practice.

“The findings will be instrumental in shaping our future campaigns and research directions and it has been a pleasure to collaborate with CfHAS.”

What do you think of this study? Tell us in the comments below!