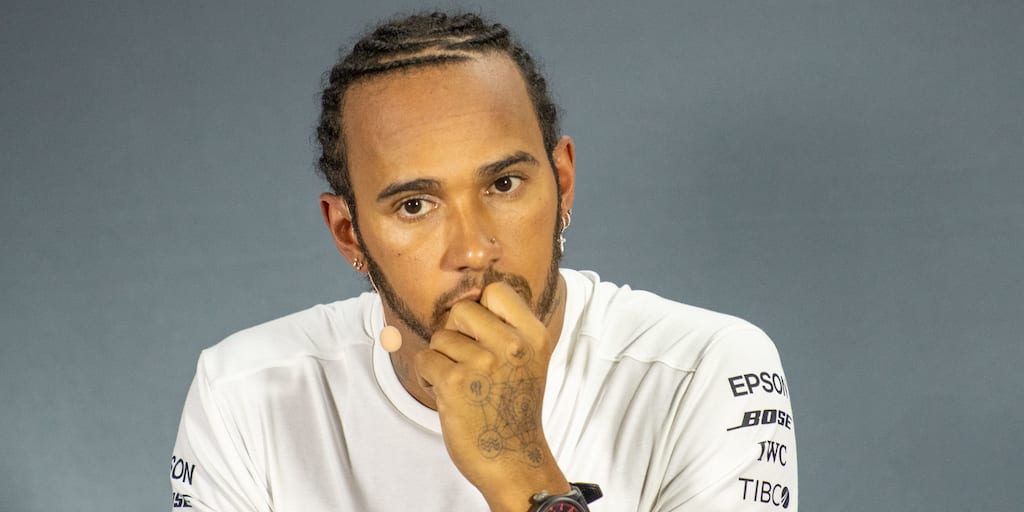 Lewis Hamilton’s record eight win after colliding with title rival Max Verstappen during the first lap led to people abusing the F1 champion and branding his victory an ‘undeserved’ one.

Lewis Hamilton has been subjected to racist abuse on social media after he won Sunday’s British Grand Prix.

It comes after the Formula One racer collided with title rival Max Verstappen during the opening lap of the race, which led to the Dutchman crashing out.

Hamilton received a 10-second penalty that saw him drop to fourth place after his pit stop.

However, the seven-time world champion fought back to overtake Ferrari’s Charles Leclerc and record his eighth win on home soil at Silverstone.

After the win, the vegan athlete wrote on Instagram: “Today is a reminder of the dangers we face in this sport and we should never take lightly the risks.

“I’m so proud of what we achieved today through teamwork. My team showed grit, perseverance and commitment to this incredible sport.

“It’s a dream to win in front of my home crowd. This is for you. Never give up, keep rising, keep fighting.”

The vegan athlete added that he was glad his competitor Verstappen was ‘ok’ and sent him best wishes.

Post victory, Hamilton, who has been a vocal advocate for racial justice and among the supporters of the ‘Black Lives Matter’ was targeted online for the ‘undeserved win’, with racist messages and slurs.

Verstappen also branded Hamilton ‘disrespectful’ and ‘unsportsmanlike’ for celebrating the win while he lay injured at the hospital.

One user wrote: “You should have been disqualified, absolute unsportsmanship disgusting that we see time and time again from the Mercedes team.”

Another commented: “You  lost my respect on the track and your celebrations after sending max to hospital after a 51g impact have been bad sport.”

“you celebrating like that after intentionally putting someone’s life at risk is a disgrace. You really showed your true colors today,” a third added.

Mercedes, F1 and governing body the FIA came out in support of Hamilton and condemned the abuse “in the strongest possible terms”.

“These people have no place in our sport,” they said in a joint statement.

“We urge that those responsible should be held accountable for their actions.

“Formula One, the FIA, the drivers and the teams are working to build a more diverse and inclusive sport, and such unacceptable instances of online abuse must be highlighted and eliminated.”