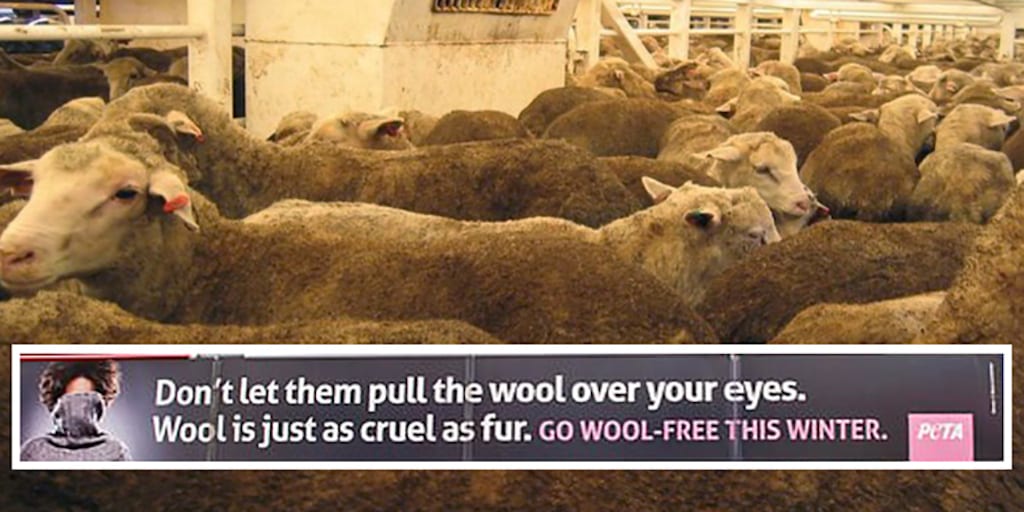 An advert to promote animal welfare which claims that ‘wool is just as cruel as fur’ has been banned for being ‘misleading’.

The slogan from People for the Ethical Treatment of Animals (PETA), which has appeared on London buses since February, reads: “Don’t let them pull the wool over your eyes. Wool is just as cruel as fur. Go wool-free this winter.”

The Advertising Standards Authority banned the advert after receiving 10 complaints from people who claimed that sheep shearing is important for the animal’s welfare.

But PETA responded by saying that horrific abuse is less publicised for the wool industry, but still exists.

PETA argued that sheep only grow excess hair due to genetic manipulation imposed on them with a view to manufacturing more wool.

But the ASA said that the existence of safety provisions in the wool industry, which aim to protect sheep, meant the adverts were misleading.

The ruling reads: “We considered people who saw the ad would interpret the claim ‘wool is just as cruel as fur’ as equating the conditions in which sheep were kept and the methods by which wool was obtained with the conditions and methods used in the fur industry.

“However, sheep were not killed for their wool as animals were in the fur industry and there were standards in place relating to their general welfare including relating to the shearing process. We therefore concluded on that basis that the claim was misleading and in breach of the Code.”

Elisa Allen, director at PETA, said the decision was ‘confusing and disappointing’.

“Nevertheless, we’ll continue to urge decent people to steer clear of wool, and we have plans to run a modified version of the ad in numerous cities this winter,” she added.

Do you think the wool industry is as cruel as the fur industry? Share your thoughts in the comments below!