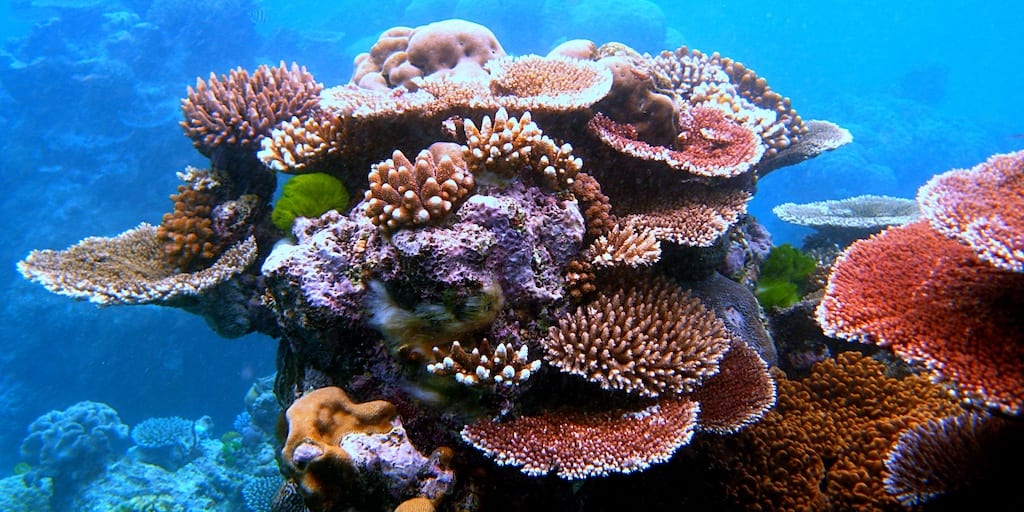 The world is facing a “planetary catastrophe,” as rising ocean temperatures and acidification are damaging entire swaths of coral habitats, which in turn could tip the balance of the entire ecosystem.

While the National Oceanic and Atmospheric Administration reported that about 75 percent of the world’s coral reefs experienced bleaching between 2014 and 2017 due to rising water temperatures, the situation has deteriorated further.

In fact, The Guardian reports that scientists and environmentalists state The Great Barrier Reef could witness its third major coral bleaching outbreak in the space of five years if ocean temperatures in the region that are already more than 1.5C above average do not drop in the next two weeks.

About half of the coral habitat in Australia’s Great Barrier Reef has already died after high ocean temperatures triggered mass bleaching in 2016 and 2017.

Another study presented at this year’s Ocean Sciences Meeting in San Diego, confirmed the looming threat on coral vegetation. According to researchers  of the University of Hawaii, Manoa, 70-90% of all existing coral reefs could be nearly wiped out  by 2100 if warming oceans, acidic water and pollution continue to rise.

“By 2100, it’s looking quite grim,” said Renee Setter, a co-researcher and presenter of the study, in a press release.

Coral reefs require optimum conditions to thrive and flourish. When the corals are exposed to longer periods of high temperatures and acidic environments, they release the tiny photosynthetic algae living inside their tissue. Once the algae are expelled the corals turn white, and are termed bleached corals.

Although bleached corals are not dead, they are weaker and more susceptible to succumbing to the changes in their environment.

The researchers even added that with rising ocean temperatures, all efforts to revive the coral reef habitat would prove inadequate because while efforts to plant lab grown corals sounded promising, the new corals would not be adept in withstanding the pressures of climate change.

In addition, after the researchers surveyed areas of the oceans that could support coral growth based on acidity, surface temperature, wave energy, human interference and fishing practices, they concluded that most parts of the oceans with coral reefs today would be barren by 2045.

“Honestly, most sites are out,” Setter said in the statement.

“By 2100, few to zero suitable coral habitats will remain.”

The study team stressed that while pollution and overfishing are nuisances for the reefs, climate change is the major culprit and the problem needed immediate attention.

“Trying to clean up the beaches is great and trying to combat pollution is fantastic. We need to continue those efforts,” Setter said.

“But at the end of the day, fighting climate change is really what we need to be advocating for in order to protect corals and avoid compounded stressors.”

Why is it important to save coral reefs?

Coral reefs play a very important role in maintaining the ecosystem both on land and in water.

Coral reefs are considered the “rainforest of the sea.” They provide a home to up to a third of all marine species. In addition, they offer protection to coastlines from rising sea levels, storms and prevent erosion of sea beds.

Coral reefs are equally beneficial to humans. Over half a billion people depend on reefs for food, income, and protection.

While some scientists have tried to use underwater loudspeakers to mimic the sounds of healthy reefs, in order to attract marine organisms to revive the bleached reefs and help them recover, others are trying hard to identify the most adaptive species of corals that can be harvested through assisted evolution to save coral vegetation from extinction.

“I believe there is hope that they will be able to identify corals that may withstand climate change,” said Setter.

“The question becomes if they would be able to replenish and restore coral to the same extent that the ecosystem exists today. Coral restoration is a slow and time-consuming process.”

Dr. Mark Eakin, coordinator of NOAA’s Coral Reef Watch Program adding to Setter’s concern of the impediments to coral replenishment said: “The most important point to make is that all the restoration and assisted evolution work will be wasted if we don’t move to carbon-free energy. That means bringing emissions to zero and mechanisms to remove excess carbon from the atmosphere.”

Share this article to reveal the disastrous effects of climate change on our oceans.