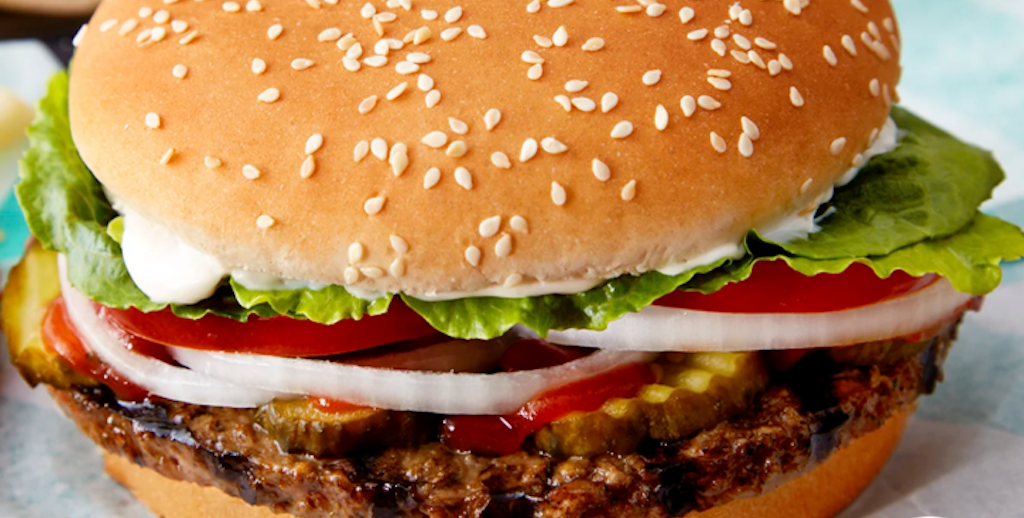 Burger King is set to roll out its plant-based Impossible Whopper across the US following the raging success of the meatless burger’s trial launch.

The meatless burger patty was introduced in the fast food chain’s restaurants in St. Louis, Missouri this month and was met with rave reviews and overwhelming demand.

Burger King will continue to trial the burger in different locations, and said in a statement the tests are being held ‘with the intention of nationwide distribution by the end of the year’.

“The Impossible Whopper test in St. Louis went exceedingly well and as a result there are plans to extend testing into additional markets in the very near future,” the company said.

Customers have reported that the burger ‘tastes just like meat’ , while Burger King launched a promotional campaign in which meat eaters were tricked into eating the vegan burger, and believed it was the beef option.

The fast food chain said that even regular customers and employees couldn’t tell the difference between the Impossible Whopper and its meaty counterpart.

The Impossible Whopper is already available at more than one thousand Carls Jr. restaurants in the US, and is now set to feature in Burger King’s 7,200 outlets across the country.

The burger contains 17g of protein and has zero cholestoral, and Impossible Foods says the meat alternative ‘delivers the rich, beefy taste that discerning meat lovers demand with as much bio-available iron and high-quality protein as a comparable serving of ground beef from cows’.

What do you think of the Impossible Whopper? Tell us in the comments section below!