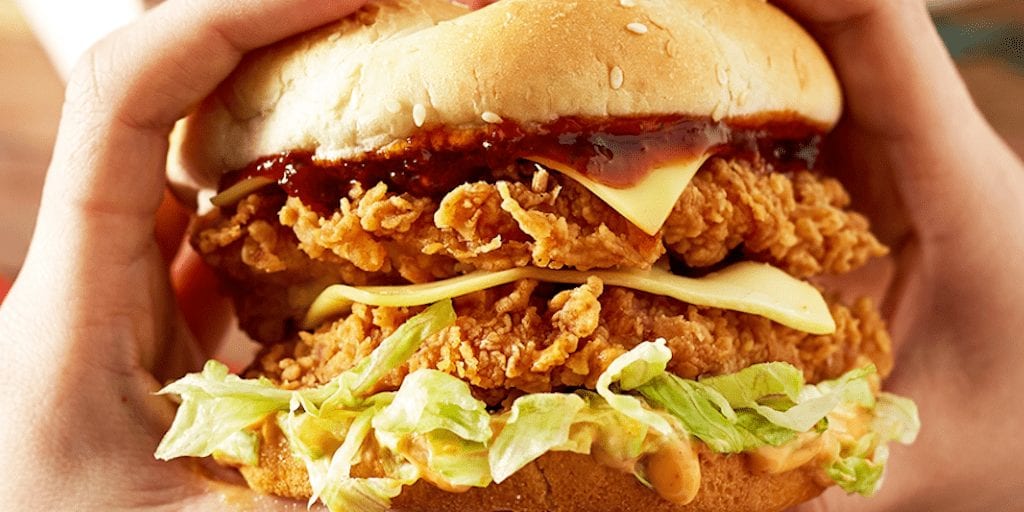 KFC is in the process of developing a vegan chicken burger due to overwhelming demand for plant-based options.

Following the campaign, earlier this year the company announced plans to introduce plant-based options, with the KFC’s innovation director saying that ‘veganism as a trend is really blowing up’.

The company promised not to give a half-hearted vegan option, such as a bean burger, and pledged instead to develop an option with authentic KFC flavours.

Those promises are now in the pipeline, and the first attempts to create a chicken burger were trialled by BBC personality Nisha Katona – who was lucky enough to get an advance taste of the product.

She posted on Twitter: “Oh my heaven! On a dream job today- filming for the BBC One Show with exclusive access to the actual KFC headquarters development kitchen.

“Also I was the first member of the public to taste the new vegan chicken burger. This to me is actually living the dream.”

Katona added that the new product was ‘absolutely brilliant’.

KFC said earlier this year that it intended to bring in new plant-based products during 2019.

Innovation Director, Jack Hinchcliffe told The Telegraph: “Veganism as a trend has really blown up. We’re currently in the process of working on both vegetarian and vegan options in the innovation kitchen here in our head office.

“For us it’s about taking the amazing tastes of KFC and offering those in a vegetarian or vegan alternative.”

Will you try KFC’s vegan options? Tell Us in the comments section below!