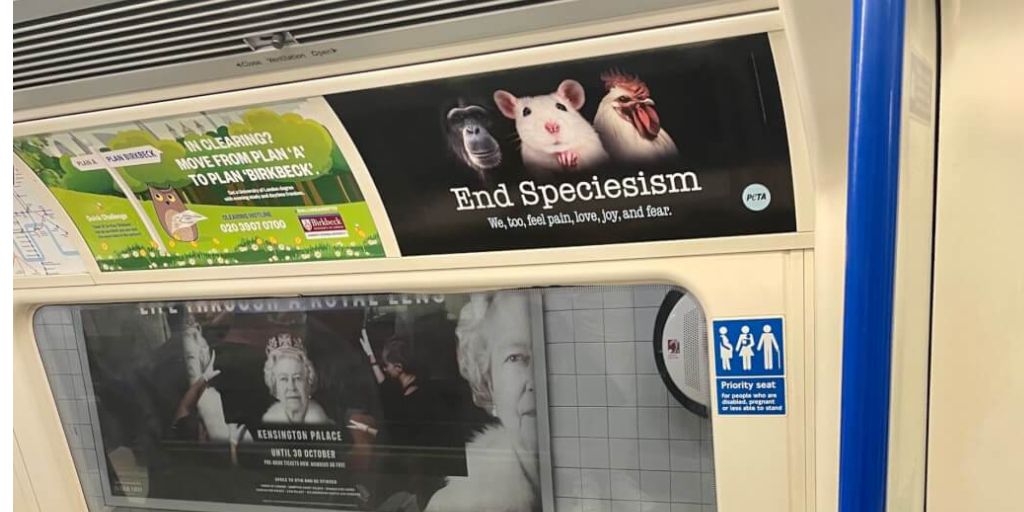 “Animals feel every one of the emotions humans do, and yet they’re caged, tortured, and killed with impunity”.

The adverts are part of their latest campaign in recognition of World Day for the End of Speciesism on 27 August.

The charity has released 600 images that feature animals’ faces and the message, “We, too, feel pain, love, joy, and fear.”

‘End this cycle of suffering’

According to the charity, Speciesism is used to ‘justify confining primates to lab cages; killing chickens, cows and pigs for food; mutilating sheep for wool; and whipping tigers into performing tricks.

It further adds that everyone can combat this “systematic oppression” by buying cruelty-free cosmetics, choosing vegan food and fashion, and boycotting animal circuses.

Elisa Allen is PETA’s vice- president. She said: “Other animals feel every one of the emotions humans do, and yet they’re caged, tortured, and killed with impunity.

“PETA is calling on everyone to end this cycle of suffering and stand up for animals by going vegan.”