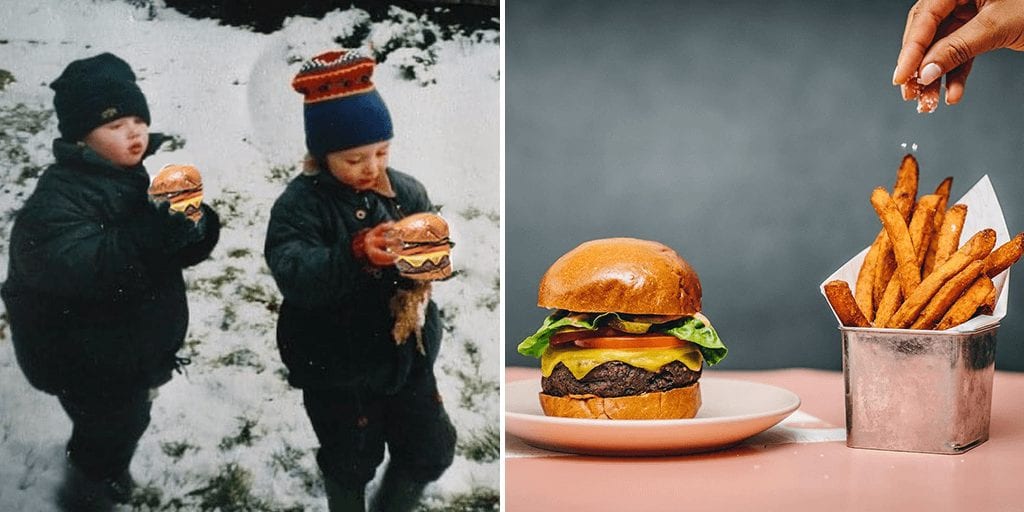 ‘We don’t want to just be known for great food though. We want to have a positive impact on the communities around us.’

According to the duo, the company was founded with one goal in mind: “To create the best god damn plant-based burger you will ever have that doesn’t only satisfy your taste buds but also makes you feel good.”

The idea follows after Pearce shed 20kg by cutting down on meat and alcohol in just a few months.

Sharing the news to his Instagram, the 27-year-old wrote: “Super Excited to announce I am launching a brand-new project with my best mate of 25 years.

“We’ve always wanted to come up with a concept that not only delivers amazing food but also a brand that has an impact and further meaning to people’s lives so this is the reason we have decided to launch @cleankitchenuk.

“With the goal to serve up gourmet burgers that not only taste delicious but are 100% plant based. We are committed to sustainability past the ingredients we cook with.

“With 100% compostable and environmentally friendly packaging, as well as support for Plastic oceans NGO, we have considered our social and environmental responsibility in everything we do. Don’t do the dirty…Keep it Clean.”

“Everyone at Clean Kitchen Club believes that a plant-based diet is the future for humanity, animals and the environment.

“It’s amazing to work as part of a team that are so passionate about doing plant-based food properly.”

The business will not have a brick and mortar store and instead will deliver food to the doors of hungry clients.

While the company is launching in Brighton, Pearce is determined to become the “fastest growing plant-based delivery-kitchen brand in the UK”.

The Argus reported Pearce stating: “We’re living in a new world and I don’t see things going back to normal for quite some time.

“I’ve wanted to launch this project with Abe for years and now is the perfect time.

“Our aim is to become the fastest growing plant-based delivery-kitchen brand in the UK.

“We’ve got our eyes on every major city in the country with Manchester, London and Edinburgh firmly locked in our sight for the first few openings.

“We don’t want to just be known for great food though. We want to have a positive impact on the communities around us.”