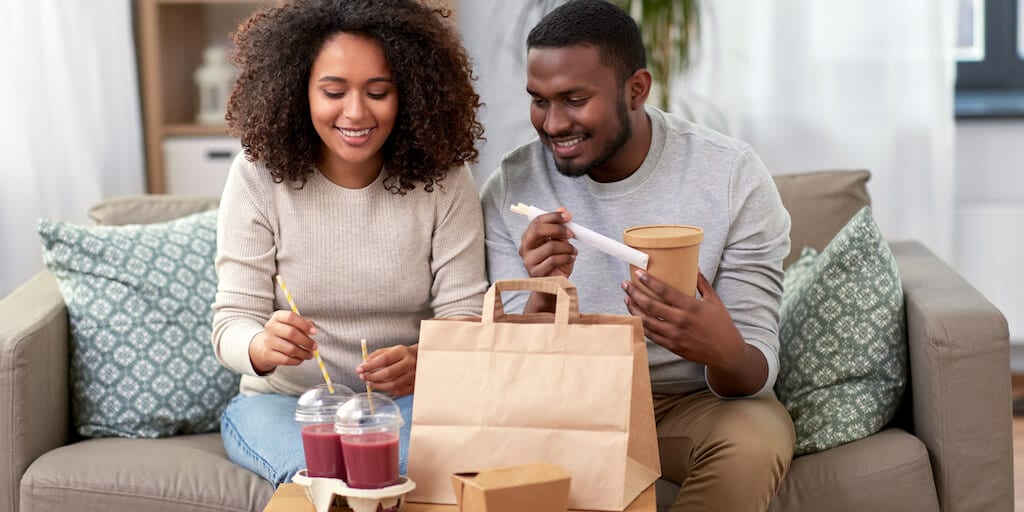 According to a report, Deliveroo UK has seen a 187% increase in vegan orders this year with nearly 30% of their main meal orders being meat-free.

The surge in orders this year is up by an average of 19% from last year.

The online delivery platform attributes one of the reasons for the increase in vegan orders to it collaborating with more vegan companies as well as many restaurants adding more vegan meals to their menus. There has been a staggering 89% increase of restaurants on Deliveroo offering vegan options over the past year.

The pandemic has also had a huge impact on consumers’ eating habits. According to Mintel’s new research, over one in 10 Brits agreed the COVID-19 pandemic made them more inclined towards a plant-based diet while 25% millennials saying they found going vegan more appealing.

Arabella Jenkins at Deliveroo said in a statement: “Not only have we seen a hungry appetite for new vegan and veggie dishes and restaurants from our customers who always order vegan, but we’ve also seen a Flexi trend emerging where an increasing number of customers are ordering a mix of vegan and non-vegan dishes.

“We are here to deliver a great choice and selection to our customers, whatever they fancy.”

The demand for meat-free meals is not confined to the UK.  Last month, Deliveroo in Hongkong reported that its vegan food orders recorded a year-on-year growth of 104%.

The online delivery platform added that the order volume was up by a further 20 per cent since January amid the COVID crisis.

“There has never been a better time for healthy eating in Hong Kong, whether you’re a full-time vegan or a part-time plant-based food fan,” said Deliveroo Hong Kong General Manager Brian Lo.

“It’s clear that Hongkongers have a taste for more vegan options, and Deliveroo is more than happy to oblige.”

Share the news to support the growing trend of veganism.