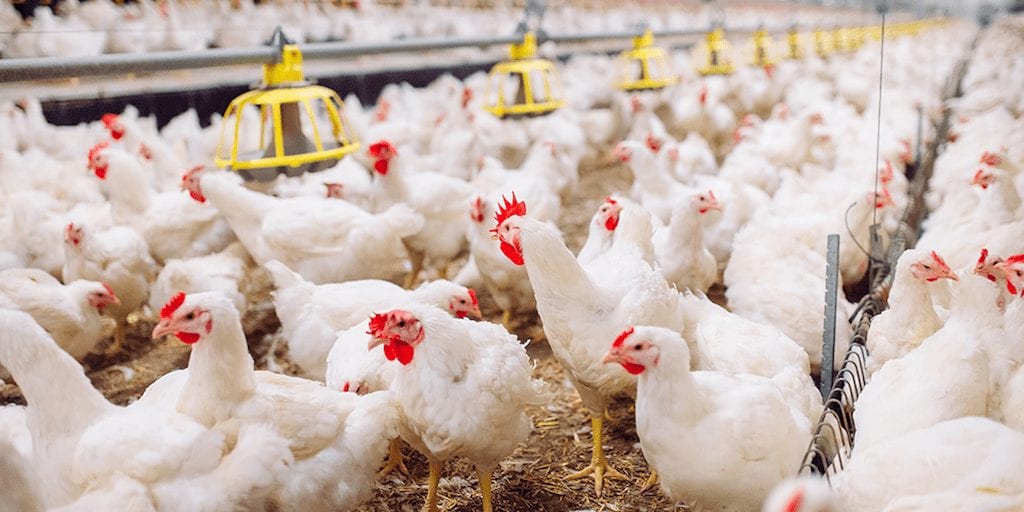 A large consignment of Chinese antibiotics thought to be heading to the poultry industry has been seized at a British airport.

The Northern Ireland Department of Health is investigating the County Tyrone farm after airport authorities intercepted a batch of antibiotic medicines thought to be en route to the farm.

The farm sends chickens to the processing company Moy Park, a major supplier to UK retailers including Tesco, Ocado and Sainsbury’s.

The authorities have seized amoxicillin, which has sanctions on its import and is supposed to be administered only to sick animals under veterinary supervision.

Farmers used antibiotics as growth promoters before EU banned the practice in 2006. The illicit use had led to the development of antibiotic resistant bacterial strains, one of the biggest hazards to human health.

However, food industry analysts believe that some animal breeders could be still using low doses of antibiotics to boost growth rates and cut feeding costs.

Erik Millstone, professor of science policy at the University of Sussex, said: “If you administer growth-promoting antibiotics and get a 10% reduction in feed costs, that is a substantial boost to your profit margin. It’s also unfair competition to honest farmers and a risk to public health through the development of germs that are resistant to antibiotics.”

A spokesperson of the Food Standards Agency said: “We are aware of the operation led by the Department of Health’s medicine regulatory group and are working with the authorities involved in the investigation to ensure there is no risk to the food chain.”

UK public exposed to an unacceptable level of risk

The incident has however raised concerns over the safety of meat entering the food chain.

According to the British Poultry Council, the UK ‘has an effective statutory veterinary residue surveillance scheme in accordance with EC legislation’, however, post-Brexit, the UK will no longer be part of the EU’s unified system of controls and checks, and this is likely to raise fresh concern in Europe about goods moving between Britain, Northern Ireland and Ireland.

Gary McFarlane, director of the Chartered Institute of Environmental Health in Northern Ireland said: “This sort of criminal activity, whether the illicit use of antibiotics or food potentially harmful to people, is still a very real issue.

“And that’s why, across Europe, we have the best possible solutions to combat that. Once we leave the EU we need to find new arrangements and solutions to maintain that same level of public protection. And that means appropriate controls and checks on foods entering the UK, because we will no longer be part of the European-wide system.

“If we don’t address this, then in my view we would be leaving the UK public exposed to an unacceptable level of risk. If we leave the borders ‘open’ it will make it much easier for criminals to send illegal food across them. And in certain cases that could threaten public health.”

A spokesperson for the Northern Ireland Department of Health said: “These matters form part of an ongoing multi-agency investigation led by the Department of Health’s medicines regulatory group in pursuance of offences under the Human Medicines Regulations 2012 and the Veterinary Medicines Regulations 2013. Daera, under its statutory role in the surveillance and sampling for veterinary medicine residues in food producing animals, is providing assistance to the investigation. As this case is ongoing the department cannot comment further at this time.”

Moy Park explained the investigation was on a privately-owned farm which supplied it.

“This matter is being investigated by the relevant authorities and we believe it is an isolated incident,” it said in a statement, adding it complied to “robust antibiotic residue monitoring procedures” carried out by the government.

It said test results across its supply farms had been negative.

“Any breach of the strict regulation on the use of veterinary medicine is unlawful and completely unacceptable to us,” it added.

What measures should the authorities take to stop illegal practices in the food industry? Share your thoughts in the comments below!