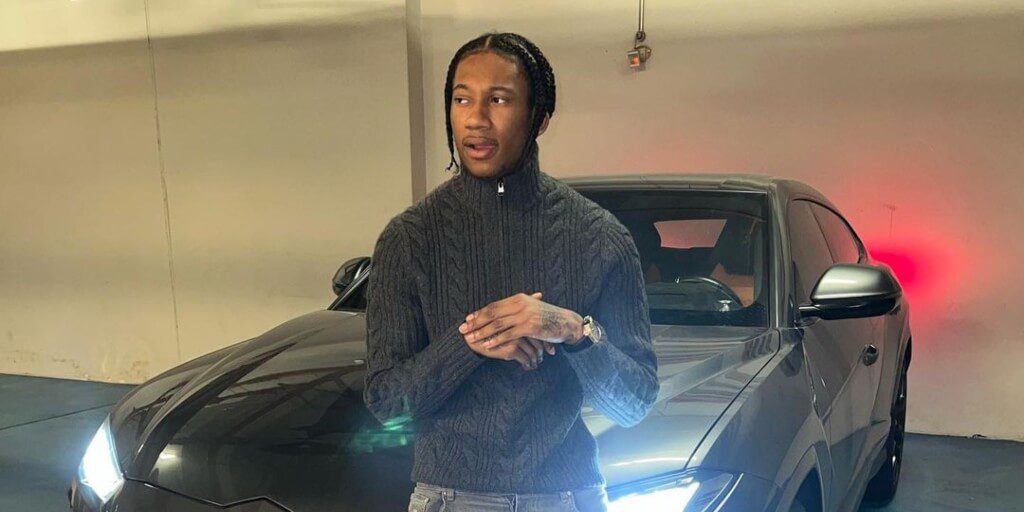 “This is absolute stupidity and cruelty against this animal, endured at the expense of idiotic individuals.”

Controversial rapper Digga D has been blasted on social media – and accused of ‘animal cruelty’ – after he posted a video of himself playing with an orangutan “locked up” in a car.

The notorious drill rapper apparently bought the animal in Dubai, although trading and owning exotic animals as pets has been outlawed since 2017.

In the video, the ape named George is seen pulling the car’s red seats as Digga D offers him strawberry milk and shouts “ay ay don’t be pulling stuff.”

Digga D and his friends are also heard jeering at the animal who is clearly distressed and confused by his surroundings.

At one point George peers into the boot and shields his face as someone in the background yells: “He’s eating something, he’s found something back there”.

The video has sparked a huge outrage with angry comments directed at the rapper.

One said: “This is absolute stupidity and cruelty against this animal, endured at the expense of idiotic individuals.”

Another added: “The animal is literally trapped in a car and has multiple cameras pointing at him and they are screaming, the animal is clearly in huge distress.”

A third disgusted user wrote: “That orangutan is helpless. He’s scared and just wants a [email protected]#&*ng tree to chill in… Not the backseat of a Bentley or whatever planet killing machine he’s forced him into the back of!

Orangutan Foundation’s Rob Durgut told The Mirror: “Keeping a wild animal, and in particular an intelligent and critically endangered species like an orangutan, has damaging implications to the individual animal and fuels the illegal wildlife trade.”