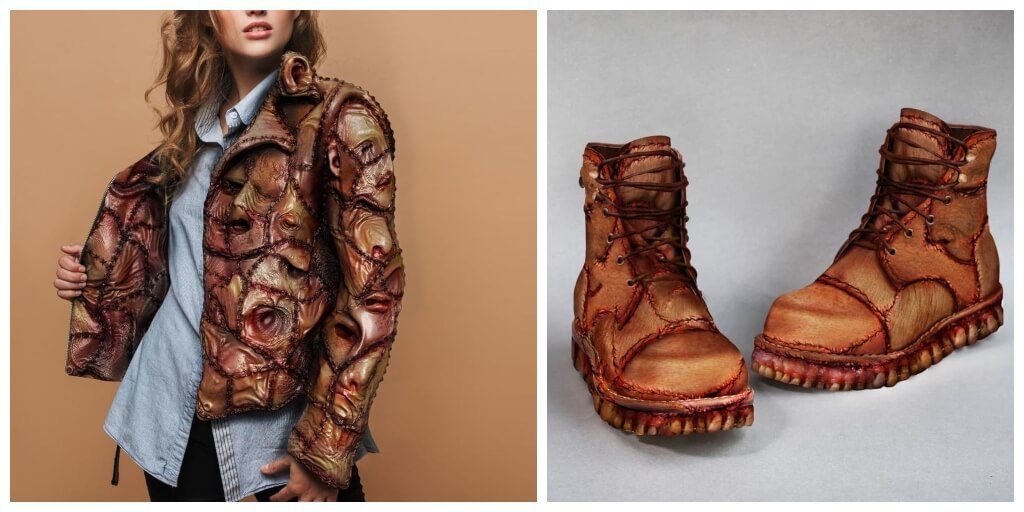 PETA’s latest campaign is taking a shot at clothing companies that use animals for their products.

A vegan charity has sparked outrage after it launched a fake online shop to sell goods made from “genuine human leather.”

The shop called “Urban Outraged” includes everything from jackets to belts, and loafers to dresses, with each article of clothing stitched together from human skin.

The gruesome idea belongs to PETA, and is all part of a chilling new guerilla marketing campaign to get Urban Outfitters’ brands to realize that we’re all sentient beings with emotions, intelligence, and the desire to live. Moreover, they want to persuade the company to stop selling the skin anyone was born in.

According to a press release, the campaign is intended to be reminiscent of Buffalo Bill’s human suit from 1991’s “The Silence of the Lambs”, and will be used to put pressure on retailers who “continue to peddle clothing made of animal leathers and furs.”

Items on the fake online storefront are supposedly made with a human body part. A closer look at the products also reveals graphics of human blood, human faces, and human teeth, among others.

However, it it’s not yet clear, none of the horrifying clothing is on sale.

Instead, after you choose a product and add it to your bag, you’re directed to an even darker side of the website, featuring real-life images of animal cruelty to make PETA’s point clear.

“Why is it okay to raise sheep just to shear off their wool?” customers are asked on the website.

“Why is it okay to kill a cow for leather? Why aren’t you horrified by what’s already in your closet?”

Describing the campaign, the charity’s statement on the website reads: “While Urban Outfitters, Anthropologie, and Free People (all owned by Urban Outfitters, Inc.) don’t actually kidnap, abuse, or kill humans or other animals for their products, they do sell skin and other animal-derived materials from farms and suppliers that exploit and kill animals.”

Tracy Reiman is PETA’s Executive Vice President. She said: “A cow’s skin belongs to her, and she feels fear and pain in a slaughterhouse every bit as much as you or I would.

“PETA’s Urban Outraged challenges shoppers to see the individual behind every bit of animal skin on store racks and shelves.”

While it is unclear of how effective PETA’s Urban Outfitters parody has been in influencing  shoppers to ditch animal sourced products, it has taken the internet by storm with netizens expressing their disgust at the campaign’s insensitivity to the Black community who have experienced similar tortures in history.

“This is the fiftyleventh time PETA has made an animal right campaign that directly highlights how obtuse they are about past and current human rights atrocities,” wrote one user on twitter.

Another added: “Do y’all realize that after some lynchings of enslaved African Americans the skin was used to make wallets, belts, shoes, etc. this is very insensitive and disrespectful to our ancestors.”

“Y’all do know about slavery and how Black bodies were beaten, raped, killed and slave owners would wear our teeth? Could’ve made your point a different way,” a third wrote.

“Yeah this definitely isn’t going to stop us from shopping at urban this is a horrible message very disturbing,” another comment read.

Urban Outfitters is yet ot respond to the campagin.