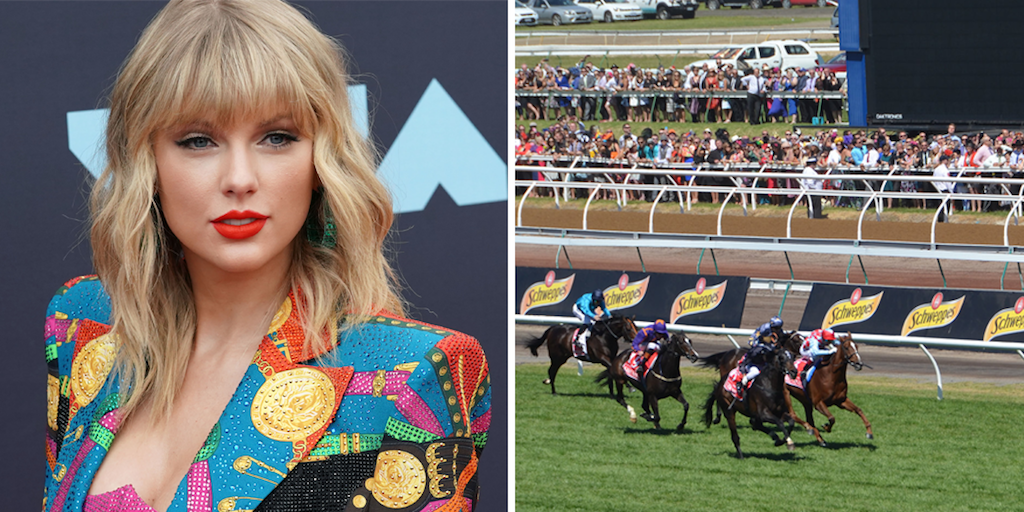 Taylor Swift has cancelled a gig at a horse racing event after coming under fire from animal rights activists.

The US singer was scheduled to perform at the Melbourne Cup in Australia, a move which activists said was putting ‘money before compassion’.

The Coalition for the Protection of Racehorses (CPR) had demanded Swift pulled out of the event, and the group eventually got their wish.

The cup has come under increasing scrutiny in recent years as 6 horses have died in the last 6 years, according to CPR.

VRC said Swift could no longer perform at the event due to scheduling changes, but many suspect the activists’ demands influenced the decision.

“Horses are being killed for gambling profits and entertainment. If Taylor Swift cares at all about other animals the way she appears to care about cats, she will cancel her show and make a strong statement that animal abuse is unacceptable,” the group initially said in response to news the singer would perform.

Irish horse The Cliffsofmoher was euthanized on the track last year due to injury leading to increased protests about the event. A petition calling on Swift to cancel her gig also attracted more than 6,000 signatures.

Swift has not responded directly to the activists, but the group thanked her regardless.

“We are absolutely delighted with the news. The pressure on Taylor Swift to cancel her performance was significant. Her fans did not want to see her supporting animal abuse.

“Whilst the reason being used by the racing industry is a scheduling mix up, it appears to us that she has responded to those calls.”

What do you think of Swift’s decision to cancel her performance? Share your thoughts in the comments section below!