Abused racehorse rescued from slaughterhouse and given beautiful new life 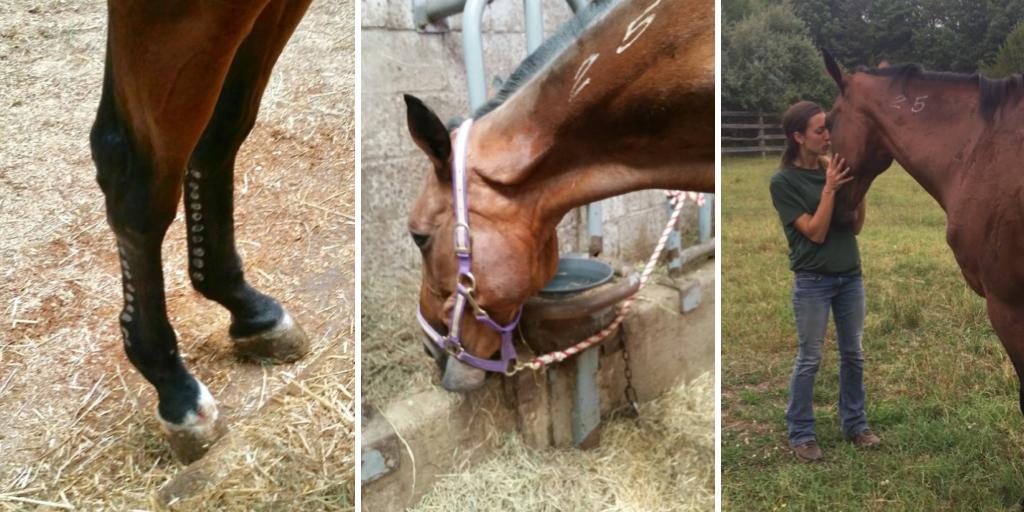 When former racehorse Gias Eternal finished her injury-stricken racing career, followed by a gruelling 10-year stint pulling a carriage, she seemed destined to end her unfortunate life at a slaughterhouse as she was no longer of use to either industry.

But Jamie Castano, owner and founder of Freedom Farm Animal Rescue in New Jersey, saved the horse from a grim fate and set her on the road to an incredible recovery.

Gias Eternal was born in 1999 in Illinois, and spent the first part of her life as a racehorse.

On his first meeting with the horse at an animal auction in 2017, Castano noted the first signs of a troubled past, as she had multiple pin firing marks on her legs.

Rescuers explained that pin firing is used on racehorses to induce numbness in a particular area as a method of treatment for injuries.

Freedom Farm Animal Rescue posted: “Pin firing is also known as thermocautery, which is the “treatment” of an injury to a horse’s leg, by burning, freezing, or dousing it with acid or caustic chemicals which is a bandaid fix causing them to work on an injury making that injury WORSE!!!”

While a few marks are not uncommon for racehorses, Gias had 18 on each leg.

Things became even worse as she grew old and unfit for race. She was sold, and used to pull an Amish buggy, rather than being allowed to peacefully enjoy retirement.

Pulling the harsh buggy equipment for ten years made her lose hair around the sides of her face and head, and she eventually became seriously underweight. Once Gias was too weak to work further, she was put up for auction.

When Castano attended a livestock auction in July 2017, he found her in a ‘direct ship pen’, meaning she would likely end up in a slaughterhouse.

Castano saw the number 25 on the horse’s neck and immediately struck a connection, and knew he had to rescue her.

He told The Dodo: “I actually have the number 25 tattooed on my arm as a memorial for my uncle who had passed away.

He immediately took to his group’s Instagram account and asked for help: “We need you guys if she is going to live. We need to raise $700 to spare her life!”

Within a few hours the money was raised by online followers, and Gias was immediately taken to the sanctuary and renamed Joanie.

Upon arriving in a safe environment, her reaction said it all, as Joanie rolled around in her natural habitat. The rescue centre described her entrance as a ‘FREEDOM ROLL!!!’.

Joanie was put in quarantine for three weeks initially, where she was checked by vets.

Castano continued: “At the auction, when we first walked up to her, I said, ‘Wow, she’s beautiful. I put my hand out to pet her and she flinched and threw her head like she was terrified of me—she didn’t even want me to touch her.

“But now she’s been in quarantine for three weeks, you can walk up to feed her, she runs up to the gate and she’s all in your face. She definitely knows she’s no longer on her way to slaughter.”

A spokesperson of the sanctuary said: “This angel reminds us every day how pure animals truly are.”

In December 2017, a video shows Joanie sharing food with her friend Scarlet: “Joanie and Scarlett ? look how much weight Joanie put on!”

What do you think of Joanie’s transformation? Tell us in the comments section below!