Rescue dog employed by police department as a ‘therapy dog’ 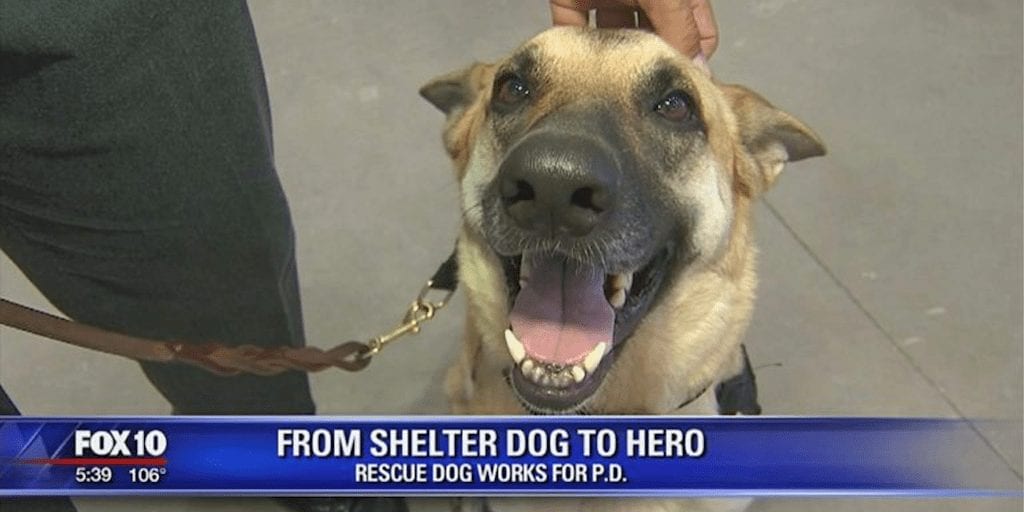 Police officers have to deal with a highly stressed environment as they fulfill their duties to serve and protect society, and one department in the US has found a unique employee to help its officers unwind.

Rescue dog Cora has been enlisted by the Gilbert Police Department in Arizona to give vital emotional support to police.

She’s been enlisted as a ‘therapy dog’ and is a vital part of the department.

Morales is Cora’s handler and also the peer support and wellness coordinator for Gilbert Police.

“One of the first things I did when I took over the position I went and asked people if there was something I could do that would benefit the department what would that be the number one answer I got back was a therapy dog,” he explained.

The department reached out to animal rescue centres to find their perfect companion to ease them through their stressful lifestyles.

The Friends for Life Animal Rescue told the service they had just the pup who would be ‘the best candidate’.

Cora’s future had been uncertain at the home due to overcrowding of rescue centres, but as soon as police met her they knew she was a perfect fit.

“I wanted a dog that was empathetic that was able to read the situations and read people but not so empathetic she needed to have some kind of self-confidence in herself too, so she didn’t take on too much,” Morales explained.

Dog trainers found Cora extremely responsive, and she managed to get used to her new environment seamlessly.

She now spends her days roaming the police department building, visiting different employees, sitting in meetings and generally lightening the mood of the office.

What do you think of Cora’s story? Share your thoughts in the comments section below!