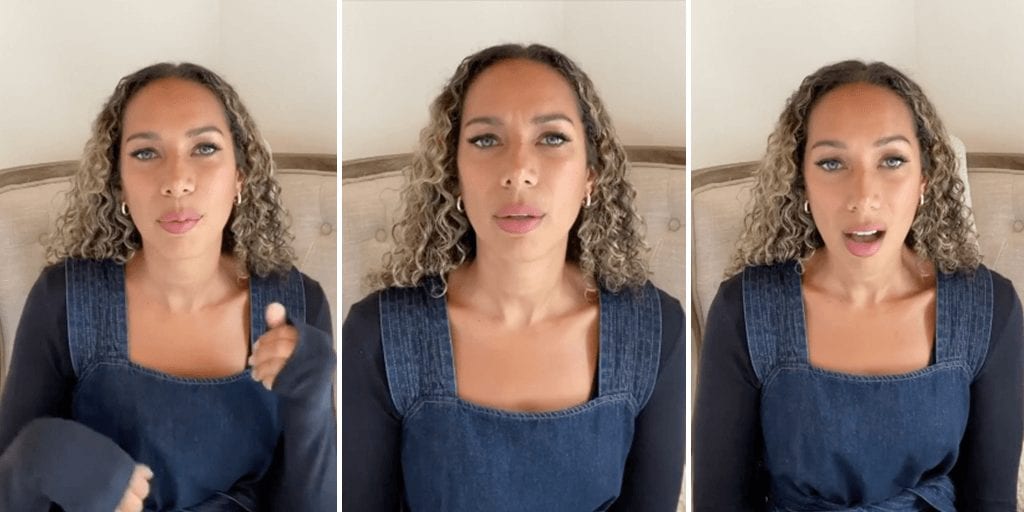 ‘You need to stand with us and acknowledge that it’s happening because when you don’t acknowledge… you are diminishing our pain, our humanity’

Earlier this week, singer Leona Lewis shared her personal experience of facing racism while shopping on a London high street.

Sharing her experience in the wake of the ongoing protests in the United States sparked by the police killing of George Floyd, she stressed: “When people in the UK are saying that racism isn’t a problem here, it is a problem, It’s a big problem.”

In an Instagram video, the vegan singer recalled the incident stating how she and her dad were browsing items in a cute little store in the Chelsea neighborhood before being confronted by the store owner who was constantly “hovering around” them.

“I didn’t realize at the time that all of the other customers were white,” she shared.

“Me and my dad were the only black people.”

“Eventually, she came up to my dad and I and said, ‘You need to put that stuff down, you’re not allowed to touch it’.”

At that time, Lewis looked around and saw all the other white customers doing the same thing and immediately understood the store owner’s insinuations.

She questioned the lady: “Why? Everyone else is picking stuff up. Why do we have to put stuff down? We’re just looking at it, I’m probably going to buy it.”

But the uptight store owner ordered her to “not to touch” anything and became more confrontational as the other white customers slowly left the store clearly disgusted with the owner’s behaviour.

Lewis recalled that she was enraged at that point and asked the owner why she was targeting them?

But the owner instead threatened to call the police if Lewis and her father did not leave the store.

Lewis continued that her father, having witnessed similar situations in the past, tried to pacify her since “he knew that I needed to make myself smaller. And that just enraged me even more,” she said.

The father daughter duo left the store and Lewis overcome with emotion cried once they got back to her car, while her father returned to the store with one of Lewis’s music CDs.

Upon realizing who she was, the store owner came out to apologize and then Lewis called out the lady for being discriminatory.

“I confronted her and said, ‘You’re racist. You’re a racist. You targeted me and my dad, you wanted to throw us out of the store because of our color,’” she said.

Lewis also expressed her dissent to the white customers, who left them to fend for themselves rather than calling out the store owner for her misdemeanor. She said that those people had contributed to her agony and pain.

“You need to stand with us and acknowledge that it’s happening because when you don’t acknowledge… you are diminishing our pain, our humanity.”

She highlighted that in the UK, there are areas that are underfunded and lack resources because they are predominantly comprising people of colour and ethnic communities.

“This is the reality of what is happening,” she said and hoped that she was able to articulate her feelings and get the message across.

Visibly emotional, she concluded saying: “I’m in pain and I’m tired and I’m sick of it…”

Share this story to speak up against racial profiling and inequality.