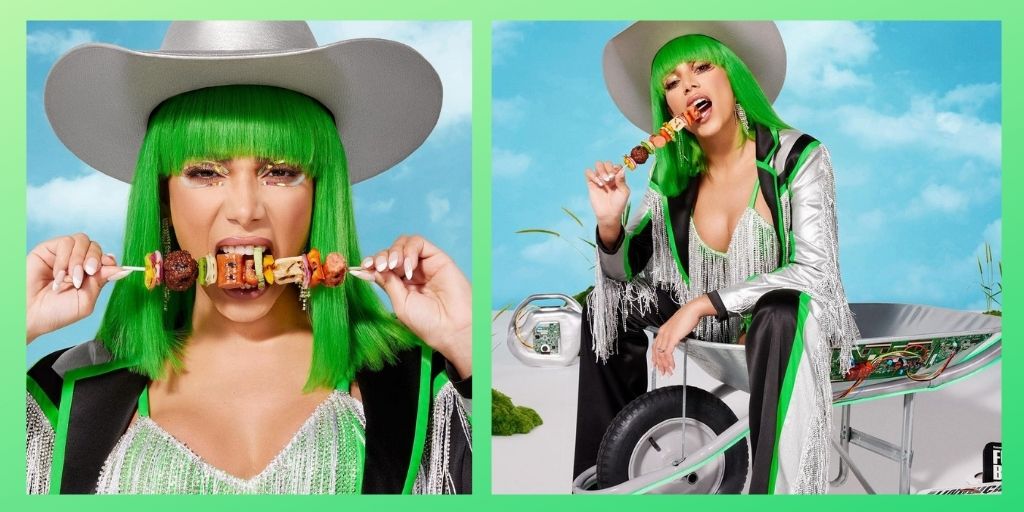 Apart from being One of the most influential Latinx artists in the world, Anitta is also an entrepreneur and businesswoman and will leverage her influence and brand-building expertise to help scale the operation.

Company CEO Marcos Leta told Bloomberg Linea that the singer will focus on innovation and marketing of new projects and products.

‘A brand with a purpose that I really believe in’

Announcing her participation, to her 62.3 million Instagram followers, Anitta wrote: Didn’t I tell you I was invited to the farm? I was dying to tell you about my new business. Now I’m a partner at @fazendafuturo, a brand with a purpose that I really believe in!

“Who has tasted plant meat? It’s like me: innovative, super-hot and good for the environment hahaha Excited!!!

In a statement, she added: “I came to add my experience in management and marketing.

“We are a company that thinks about the future, the environment, and especially about how people eat.”

“There is a great synergy between Anitta and Future Farm,” Leta said in a statement.

“She represents much of what we are: a fun, futuristic, different, honest brand, and together we want to show that it is possible to eat what we like more consciously and tastily. We strongly believe that Anitta’s influence will help us democratize the plant-based meat and develop new products and ideas.”

The popular singer whose real name is Larissa de Macedo Machado was inspired to ditch animal products in 2019 after watching vegan documentary Cowspiracy.

She even encouraged her then Instagram followers to watch the documentary and make educated changes to their lifestyles.

She wrote in the caption: “[My friend] Luiza has never been the kind of friend that tries to convert everyone to her way of thinking.

“But from so much admiring her work and worrying about our planet I asked for some advice from her. She advised me to watch this Netflix documentary Cowspiracy, that opened my eyes to several things.

“To challenge myself in 2019, I will be trying to change some of the environmentally-harmful habits I have. I suggest you also watch it – while not everyone has to agree with me, it’s always good to receive all kinds of information and seek your own truth.”

Future Farm was founded in 2019. It is the first and leading Latin American food company specializing in plant-based, animal-free meat.

In the three years since its launch, the company’s products which include burgers, chicken, meatballs, and ground beef, and its recently launched TVNA – plant-based tuna in cans – have been gaining popularity worldwide.

The company sells its products in over 30 countries including the UK, Europe and the US – where its flagship product Future Burger – along with three other product innovations: Future Beef, Future Meatballs and Future Sausage have captured the country’s plant-based market.

All Future Farm’s products are made with 100% GMO-free soy, peas, chickpeas and other plant-based ingredients.