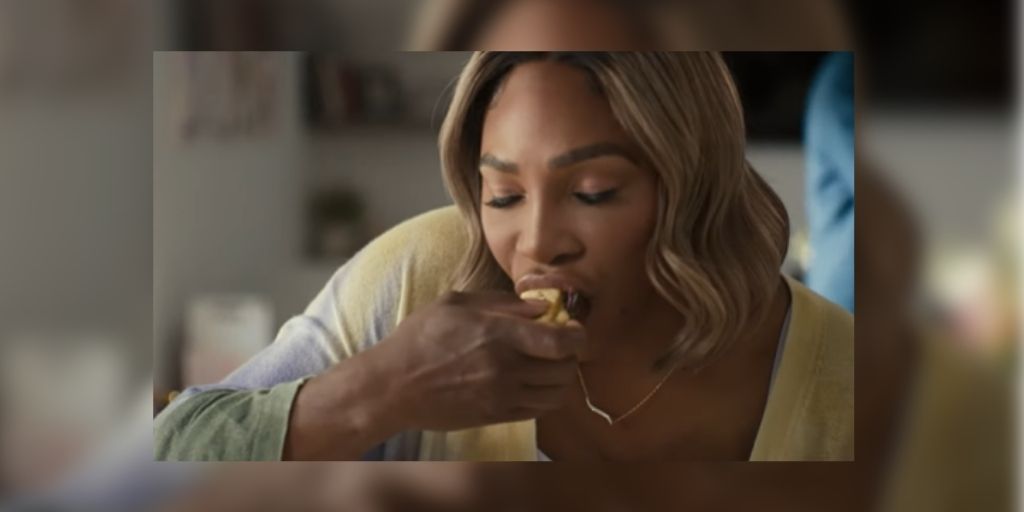 The stars want people to know that JUST Egg is not only delicious but is also better for health and the planet.

Tennis champion Serena Williams and actor Jake Gyllenhaal have teamed up with Eat Just, to promote the brand’s flagship product and lure breakfast-lovers to a more sustainable, plant-based alternative.

As part of their involvement in the brand’s “Really Good Eggs” campaign, the stars have shot two separate, 30-second commercials that poke fun at how celebrities go to absurd lengths to maintain their health and remain fit while pointing out that everyone can eat tasty, cholesterol-free eggs from plants to help them ‘feel and perform better’ without compromising on taste.

William’s advertisement⁠ – developed in partnership with Just Egg’s agency of record Mythology – show the tennis ace seated in her kitchen as her team of experts hovers around to monitor everything including what she consumes for breakfast so that ‘she stays fueled for superhuman performance’.

“Her eggs are made from plants — cause she has nutritionists, scientists, trainers and,” zooming on a mad scientist-looking character, “whatever this guy does — very interesting — curating her protein intake so she stays fueled for superhuman performance.”

Williams in a statement said: “I’ll let you in on a secret: I don’t actually have a scientist in my kitchen. It’s not that exciting in there. But I do have JUST Egg.

“I eat to live, so JUST Egg helps me feel and perform better. But it’s also delicious—I don’t think my family can even taste the difference between JUST Egg and chicken eggs.”

Gyllenhaal’s 30-second commercial mocks modern diet trends. It shows the Oscar-nominated actor scrambling a JUST Egg after completing a next-level, secret celebrity workout before prepping for his next routine.

“Those ‘Sexiest Man’ awards don’t win themselves, baby,” quips Smoove in the ad.

“I’m excited to be partnering with JUST Egg,” Gyllenhaal said.

“I am eating more plants for my health, and JUST Egg makes it easy and delicious. I am also aware of the impact our diet has on our planet, so the JUST Egg is important to me. And honestly, who could refuse to tell JB Smoove?”

Tom Rossmeissl is the head of global marketing at Eat Just. He said: “Eggs are one of the most common foods on the planet, spanning cultures, cuisines and yes, even the diets of superstars.

“Jake Gyllenhaal and Serena Williams recognize the benefits plant-based eggs can have on their own health and on the planet, and we’re happy to have partnered with them and Mythology for this fun, informative new campaign.”

The ads will be shown for the first time on television in Los Angeles, New York City and Chicago. Some major markets will also display billboards delivering short, humorous lines in large font such as “Eat it for your heart. Or the deliciousness. We don’t care.”

Is JUST Egg better for health and the planet?

It contains 69% less saturated fat than traditional chicken eggs, and is packed with 5 to 7 grams of plant-based protein per serving.

Beyond its nutritional benefits, the vegan egg is far more sustainable than traditional eggs.

The company revealed that the company has sold the equivalent of 250 million eggs, saving around 9.1 billion gallons of water, freeing 13,446 acres of land, and reducing greenhouse gas emissions by 43.6 million kilograms.

According to a report by market research company Numerator, commissioned by JUST Egg, consumers across age groups are choosing plant-based products primarily to improve their health.

Furthermore, data from the Plant Based Foods Association, the Good Food Institute and SPINS, showed that the plant-based egg category in the US grew rapidly in 2021 with a 42% increase in retail dollar sales.

In the past three years, plant-based egg sales in the US have spiked more than 1,000% and JUST Egg represents more than 99% of the market.

Share this story: Serena Williams and Jake Gyllenhaal team up with JUST Egg for new campaign.