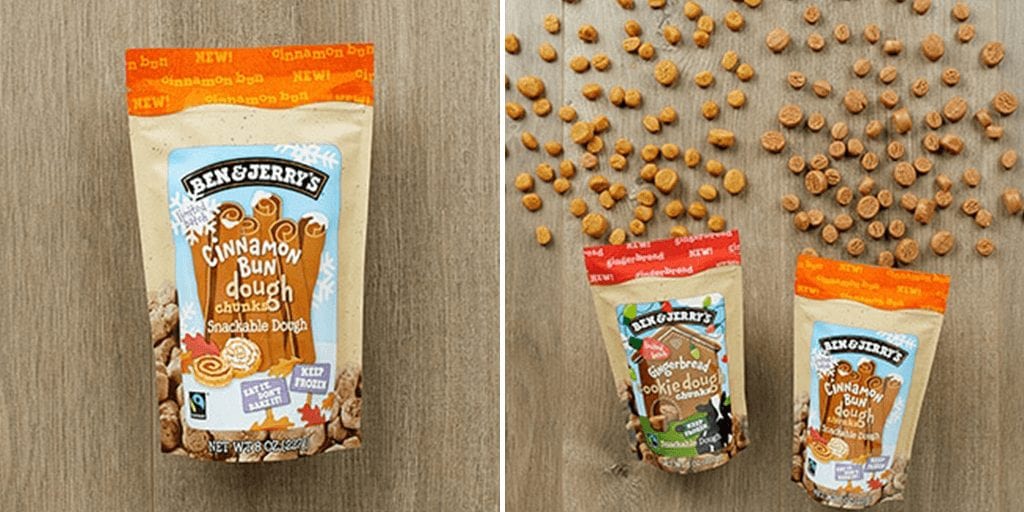 ‘The Cinnamon Bun Dough Chunks will get you in the mood for special weekend brunches, and they’re vegan’

The “Cinn-fully delicious” bites priced between $3.99 and $5.49 per bag are the same chunks that customers dig in the non-dairy Cinnamon Buns ice cream to find.

Jody Eley, Ben & Jerry’s Innovation Manager said. “We know our fans often dig around the ice cream to get to the chunks. We just made it a little easier by putting them in a bag.”

According to the company, the chunks can be enjoyed sprinkled on a sundae or as a snack.

“The Cinnamon Bun Dough Chunks will get you in the mood for special weekend brunches, and they’re vegan,” Eley said before adding that “There’s no better way to ignore the heat and start planning for season’s greetings.”

Beyond the ice cream

That Ben & Jerry’s is more than just an ice cream brand is evident with its proactive involvement in a number of social issues. Currently, the ice cream company is raising its voice against racial discrimination.

In its new podcast- “Who We Are: A Chronicle of Racism in America” in collaboration with Vox Media and The Who We Are Project, the brand will look back at America’s history and encourage listeners to “dismantle systemic racism” and white supremacy.

Last month, it launched a limited-edition ‘Un-fudge Our Future’ vegan flavor in Australia to help in the fight against climate change.

The new dairy-free flavour was created in collaboration with environmental group 350.org Australia as part of a campaign to urge the government to invest in a ‘clean, resilient and fairer Australia’ by banning fossil fuels.