Coronavirus: Thousands of abandoned pets starving to death in China 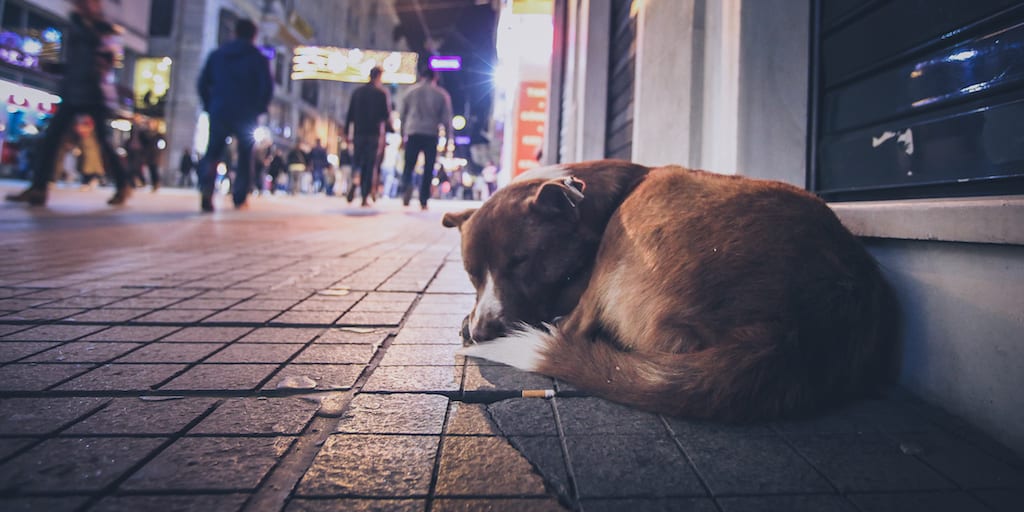 Animal welfare groups have warned that the number of pets being abandoned in China due to coronavirus is rapidly increasing.

Welfare groups have blamed false reports that pets are spreading the disease for a spike in pet owners ditching their animals.

When Wuhan was first quarantined charities warned that 30,000 pets had been left to fend for themselves in the city, and many more were abandoned in other big cities.

The pressure on shelters was so severe that there was not enough space to take many domestic animals in, and they were left on the streets.

Some reports have claimed that pets are spreading the disease, but the World Health Organisation said there is no evidence that coronavirus has been passed to humans by our pets.

The frenzy over pets transmitting the disease started when a pomeranian in China tested weakly positive for the virus, but there has still been no confirmed cases of a pet passing Covid-19 to a human.

The Humane Society International is working tirelessly with animal shelters across the country, and the group said that a government cull of animals in major cities was fuelling further fear over pets.

Wendy Higgins, director of international media for the HSI, said: “There are concerns we will see a second wave of animals abandoned when cordons are relaxed and freer movement is allowed in China.

“We are holding our breaths and hoping reassurances from WHO there is no evidence pets can transmit the virus will calm any possible panic situations.

“If you see somebody in uniform beating and killing dogs it perpetuates that’s the thing to do.

“We are aware of the possibility we could see acts of cruelty or unintentional suffering inflicted on animals.

“We are appealing for calm and asking pet owners not to overreact.

“When residents in Wuhan realised the evacuation was extended, many residents contacted animal groups pleading with them to enter their apartment to look after their animals, they were very worried about their welfare.

“Wuhan Small Animal Association has helped a great many animals this way, and HSI and our partners Vshine have also come to the aid of dogs and cats in Beijing and Dalian at the request of their owners.

‘Most people are horrified’

“Most people in China are horrified by the alleged government sponsored culling of animals.

“There is a bigger animal rights movement in the country than people realise. Even videos of animals being beaten by officials appearing on social media is an act of defiance.

“Where these have appeared on Chinese social media the vast majority of comments have condemned it.”

The Humane Society is preparing to write an open letter to authorities in China urging authorities and anyone in the country not to harm stray or abandoned animals, and instead to alert animal welfare groups.

HSI estimates that there are at least 150 million pets in China.

Share this article to raise awareness for the difficulties faced for animals in China due to the coronavirus outbreak.