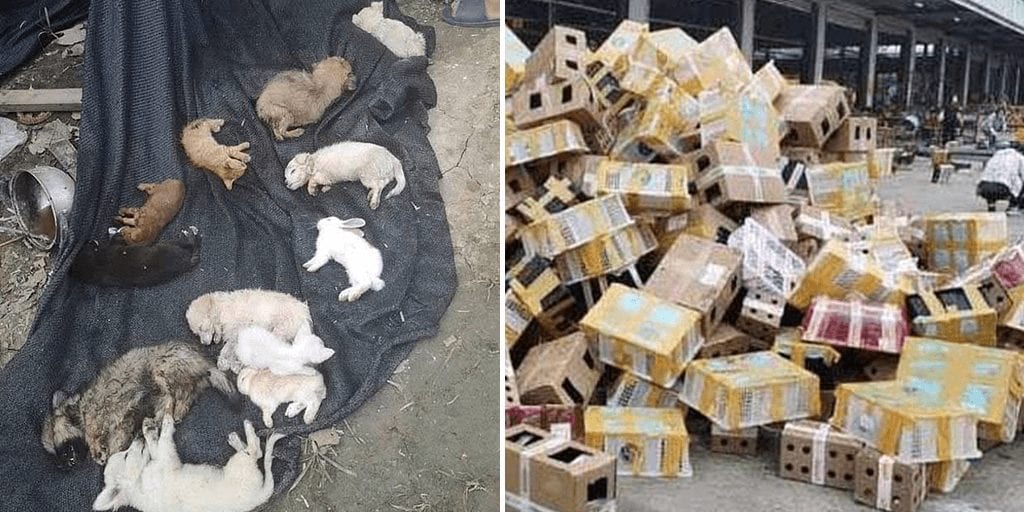 ‘The station was cluttered with express boxes with thousands of animals that had already died, and the entire place reeks of rotting bodies’

More than 5,000 animals were found dead at a shipping depot in Central China, CBS News reported.

According to the report, thousands of animals including rabbits, guinea pigs, cats and dogs were found dead in cardboard or metal shipping boxes at the Dongxing Logistics station in Henan’s Luohe city.

Authorities investigating the mishap said the deaths were most likely a miscommunication in the supply chain of the country’s black-market breeding industry.

Animal rights group Utopia involved in the rescue operation said the dead animals were abandoned at the depot without food and water for at least a week.

“The station was cluttered with express boxes with thousands of animals that had already died, and the entire place reeks of rotting bodies,” Sister Hua, the founder of animal rescue group Utopia told CBS News

“It was obvious they died of suffocation, dehydration and starvation,” she added.

Hua and her team managed to rescue 200 rabbits and 50 dogs and cats from the scene.

Since shipping of live animals in normal packaging is prohibited in China, the animal advocacy group said the animals were most likely bought online as pets but abandoned at the depot after the logistics company refused to sign off on the shipment.

Calling on the Chinese government to be more stringent in enforcing laws related to the shipment of live animals and urging pet lovers to adopt animals rather than supporting illegal trade, Hua said: “Given the COVID-19 pandemic we are facing, it’s so terrifying to have those live animals transported that way, and even ending up dead.”