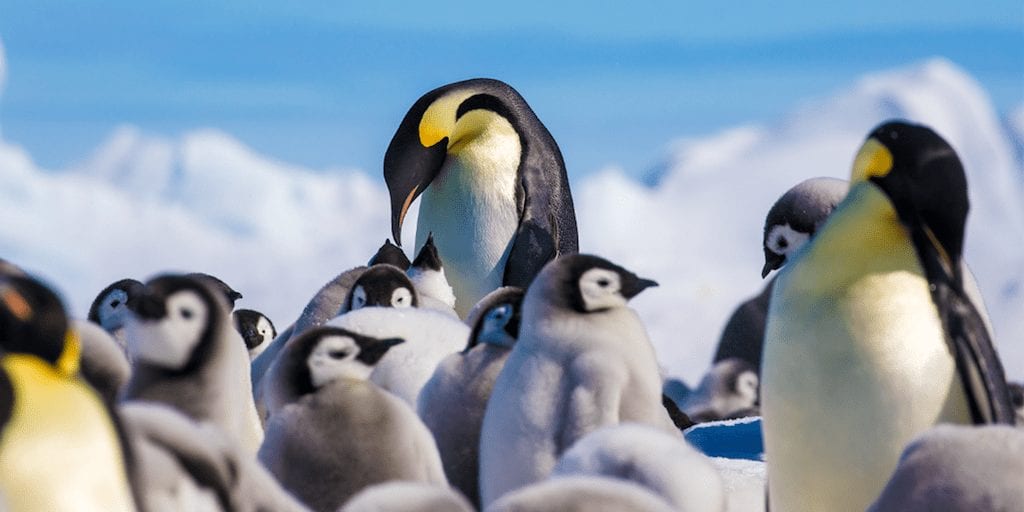 Emperor penguins are facing a drastic decline in numbers as sea ice melts and their habitats and breeding sites are rapidly destroyed.

Experts have predicted that if the climate warms as it expected to by 2100, ice which the birds raise their young on will disappear at such a rate that only half of the Emperor population will remain.

Currently the species is only officially rated at ‘Near Threatened’, but scientists say new evidence means the status should be upgraded to ‘Vulnerable’, and a proposal to do so is set to be submitted.

“These are very resilient birds; they experience really tough winters and keep coming back year after year to their breeding sites to raise their chicks,” leading researcher at the University of Canterbury, New Zealand, Dr Michelle LaRue told BBC News.

“Emperors are fighters, but our concern is how long their resilience will continue into the future.”

Emperor penguins rely heavily on sea ice which sticks to the edge of the Antarctic, as it’s an ideal surface to lay an egg, incubate it and raise a chick.

But as global temperatures rise, the ice is at risk of not sticking around for long enough. Emperors need nine months to raise their young in the first year of their life before they can safely enter the sea.

If it melts too early, the babies will be forced to enter the sea before they’re ready – as they won’t have lost their furry coat or grown water-proof feathers.

Adults would also suffer, as fully grown penguins moult huge amounts of feathers in January and February, and entering the sea before this process is complete could cause them to drown.

Scientists say that even if temperature rises were kept at no more than 2C above pre-industrial times, this would still put some breeding sites out of action and reduce the current population of 250,000 penguins by half.

Share this article to show the world the damage global warming has on wildlife.