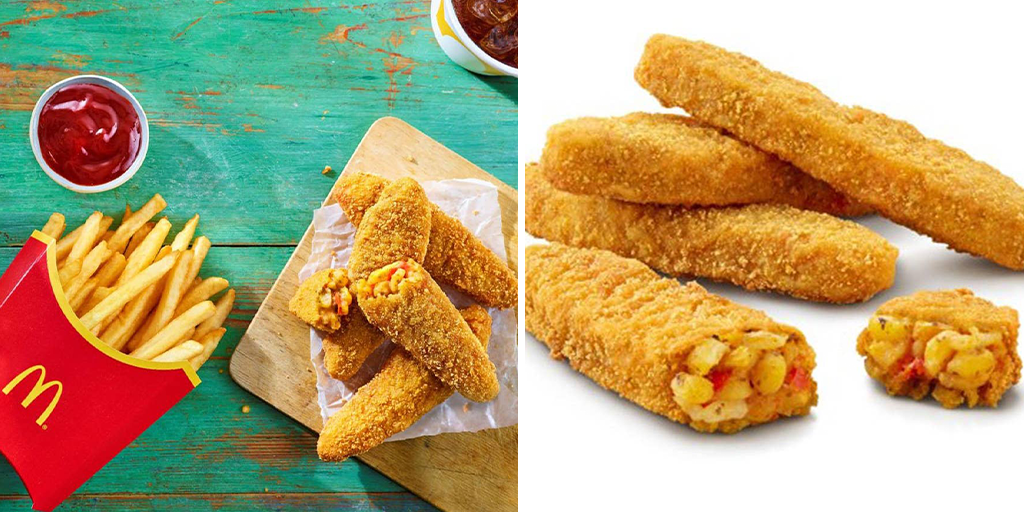 McDonald’s has announced that it will launch its first-ever fully vegan meal in UK and Ireland restaurants from January 2.

While other major fast food chains have tweaked their menus, McDonald’s has been rather slow in rolling out options for customers looking for plant-based alternatives.

However, after witnessing an 80% spike in vegetarian orders over the last year, the chain is set to launch its veggie dippers-a vegan version of their dippable chicken nuggets in over 1,300 restaurants across the UK and Ireland in January next year.

“There’s a growing demand for veggie food everywhere and it’s fantastic to see McDonald’s meeting the needs of their customers,” said Lynne Elliot, chief executive of The Vegetarian Society.

“It is especially important for young veggies to be able to choose something to eat when they are out with their friends.”

Unlike their 2019 Happy Meal which was labelled vegetarian because the tortillas were passed through the same toasters that cooked the buns containing milk, McDonald’s states that the dippers are completely vegan as they’ll be cooked in their own oil and prepared in a way that prevents contamination with the chain’s other offerings.

“In the last 12 months we’ve seen an 80 per cent uplift in customers ordering vegetarian options at McDonald’s, so it is time for the brand famous for the dippable McNugget to launch a dippable option for our vegetarian, vegan and flexitarian customers,” said Thomas O’Neill, Head of Food Marketing at McDonald’s UK & Ireland.

“The Veggie Dippers are a delicious addition to our menu and we’re looking forward to seeing what customers make of our first vegan Extra Value Meal and Happy Meal in the New Year.”

Diners can order the dippers as an adult meal with four dippers, vegan-friendly fries and a drink for £4.99 or as a Happy Meal with two dippers for £2.99. Four Veggie Dippers can also be purchased separately for £3.29.

Which fast food chain offers the best vegan fare? Share your thoughts in the comments below!