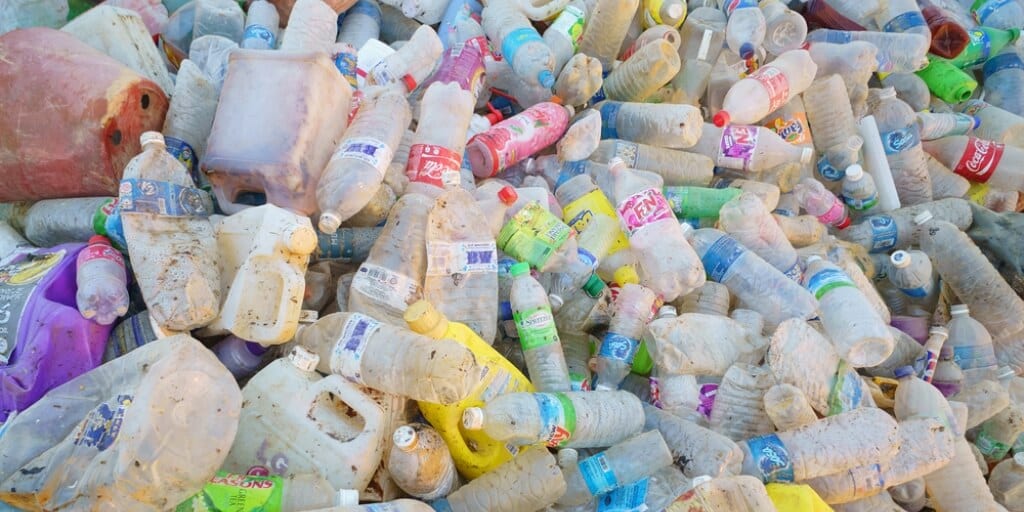 “It’s vital the government learns we cannot continue to offshore our responsibility in dealing with our plastic problem.”

Turkey has announced that it will ban imports of plastic waste from the UK following an investigation that uncovered “mountains” of trash being dumped or burned in the country.

Greenpeace visited ten sites in Adana province and found piles of plastic waste – mainly from the United Kingdom, Germany, Poland and other EU countries – dumped on the roadside, in fields and even spilled into waterways.

UK legislation only allows the shipment of waste outside Europe if it is intended for recycling.

However, the environmental group’s study revealed that the UK is treating Turkey as its ‘garbage pit’ by exporting 40% of its plastic waste annually to the country.

Additionally, Turkey has a recycling rate of only 12% – which means most of the waste is not even recycled.

“As this new evidence shows, plastic waste coming from Europe to Turkey is an environmental threat, not an economic opportunity,” Nihan Temiz Atas, biodiversity projects lead for Greenpeace Mediterranean said.

“Uncontrolled imports of plastic waste do nothing but increase the problems existing in Turkey’s own recycling system. Around 241 truckloads of plastic waste come to Turkey every day from across Europe and it overwhelms us. As far as we can see from the data and the field, we continue to be Europe’s largest plastic waste dump.”

The investigation has prompted Turkey’s trade chiefs to remove ethylene polymer plastics – including shampoos and detergent bottles and plastic film and bags – from the list of waste materials allowed into the country. The ban is likely to be implemented in the first week of July.

Campaign group A Plastic Planet’s co-founder, Sian Sutherland, said: “Turkey are the latest to join a growing list of countries that will no longer accept our waste.

“It’s vital the government learns we cannot continue to offshore our responsibility in dealing with our plastic problem.”

Sam Chetan-Welsh is the political campaigner at Greenpeace UK.  Commenting on Turkey’s ban, he said: “People have been appalled to see images of UK household waste dumped and burned in Turkey, and to learn that the plastic they carefully sort for recycling is being shipped off for other countries to deal with.”

While Chetan-Welsh welcomed Turkey’s ban, he warned that this move could increase shipments to other countries such as Malaysia, Poland and the Netherlands.

He added that UK exports of plastic waste should be completely banned and companies should be ordered to reduce the amount they create in the first place.

Acknowledging the need to handle more of its waste at home, a spokesman for Defra, Britain’s environmental department, said in a statement: “We are committed to banning the export of plastic waste to non-OECD countries and clamping down on illegal waste exports – including to countries such as Turkey – through tougher controls.”