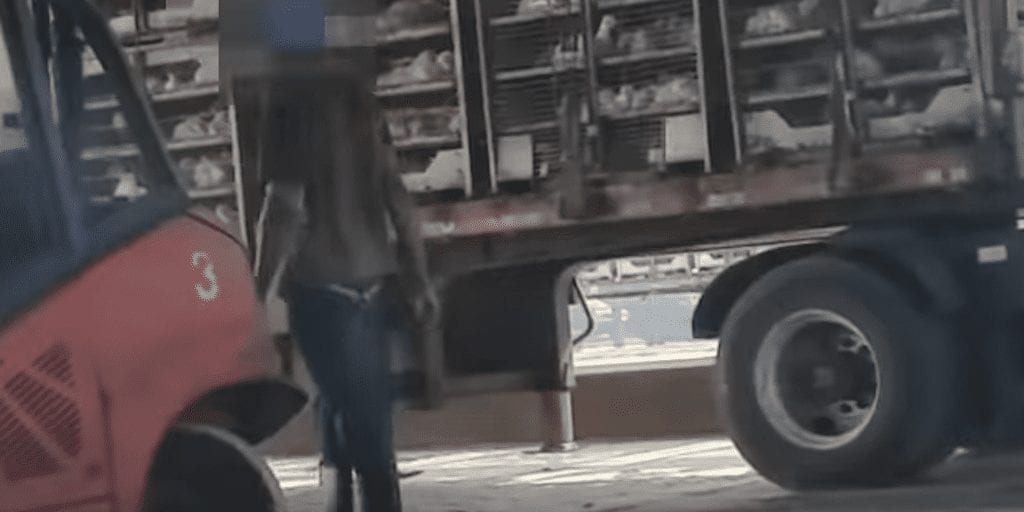 Disturbing undercover footage at a chicken slaughterhouse has been released to support calls for a ban against high-speed farming.

The video taken by an investigator from US-based animal rights group Compassion Over Killing depicts shocking treatment of birds at a slaughterhouse at Anick Farms in Maryland.

Campaigners claim the speed of production lines – said to kill up to two birds every second – are largely to blame for the horrific suffering chickens are subjected to.

Workers are seen ‘torturing’ chickens by grabbing, hitting and throwing the birds to keep the high-speed line running at full capacity.

Chickens are shown drowning slowly to death during reported machine malfunction. The video also claims to prove that many birds are burnt alive in scalding tanks due to ‘reckless line speeds’.

“The cruelty I documented inside this high-speed house of horrors was a living nightmare,” the investigator revealed.

“I saw birds being punched, shoved, and thrown down the recklessly fast-paced kill line. Other birds slowly drowned in the electrified stunning baths during equipment breakdowns.”

Compassion Over Killing has launched a petition to the United States Department of Agriculture calling for high-speed farms to be banned.

“At such speeds, animals can endure even greater suffering. Not only do machines break down, trapping birds in electrified water baths where they drown, but workers are forced to take inhumane and dangerous shortcuts to maintain the fast pace, often causing harm to themselves in the process too,” the investigator continued.

“Please join me in urging the USDA to put the brakes on cruel and reckless high-speed slaughter today—and instead grant these birds bare minimum protections under federal law.”

The Washinton Post reported the story, running a statement from Anick Farms.

“Some of the actions in the video are clear violations of our animal welfare policies and our company values,” Arnick’s Ben Harrison said.

“We are taking all appropriate actions including, but not limited to, further training, swift disciplinary action, and a more rigorous approach to ensuring compliance with our policies for the humane handling of our birds.”