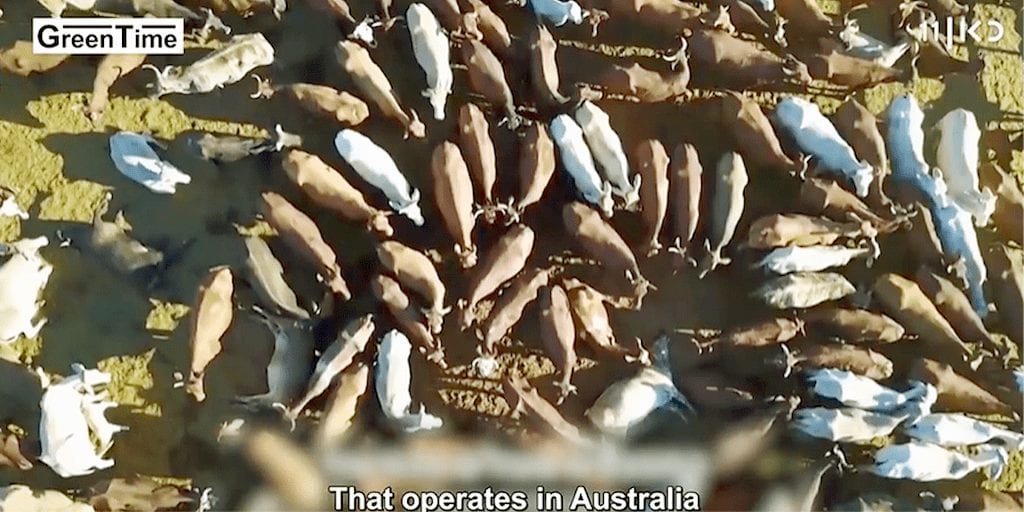 Activists in Australia have demanded that painkillers be mandatory during horrific dehorning procedures after undercover footage revealed widespread abuse of cows in the beef industry.

Footage released in Israel exposed farms in Western Australia for removing the horns of cattle – who can be heard moaning in agony – without any medication.

At one stage a worker is head saying: “Nobody uses pain killer. Too expensive, too much hassle.”

The footage shows cows are subjected to violent abuse including kicking, sexual assault, electrocution and shooting them for no apparent reason.

After a worker shoots a calf, the undercover investigator asks why the animal was killed, and a man responds: “Just because it’s fun. He loves to treat the cattle bad or whatever. He always treats them bad, tortures them.”

On another occasion, an extremely sick cow is dying on the floor, and a worker is asked what they will do with her.

“Normally they have a gun and we shoot her, but we don’t have the guns so we can’t do anything. We just leave it there and let her die.”

Another cow is seen suffering in pain after being shot four times, but surviving.

WARNING: The below footage contains graphic imagery which users may find distressing.

Animal rights organisation Sentient conducted the investigation but did not name the farms. One farmer did come forward and said an investigation had been launched into the business.

The use of painkillers when dehorning animals is only required by law in South Australia, and activists have demanded a nationwide measure is introduced.

“This footage is confronting and the community will rightly question how producers can be permitted to operate in this way,” she said in a statement.

“We cannot tolerate inhumane and cruel treatment of animals if we want a strong future for the northern cattle sector.”

Share this article to reveal the truth behind the beef industry.