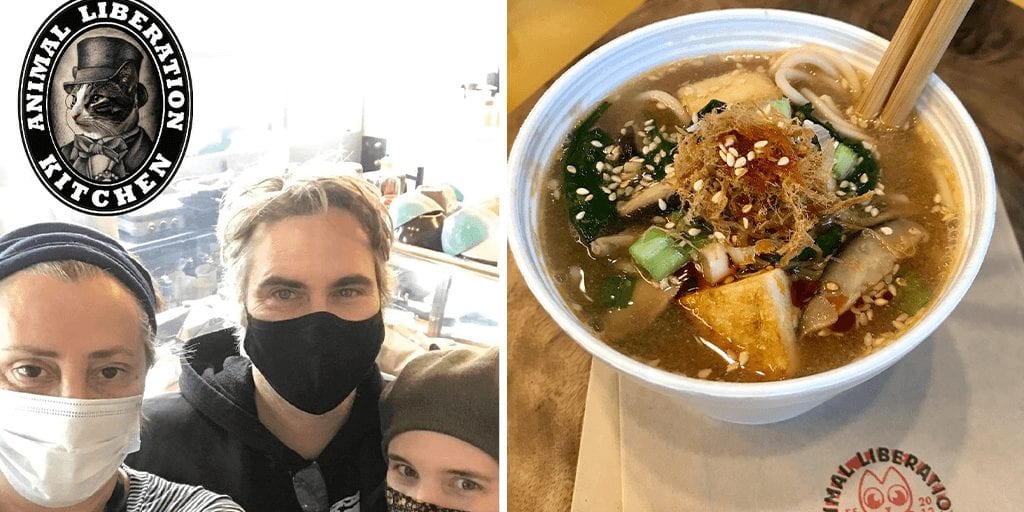 The Joker star visited the Toronto-based vegan restaurant to thank them for a lunch he ordered a day ago.

The couple were spotted at the popular Riverside food outpost around lunchtime on Nov. 18 along with their young son, River.

According to the ALK owner Tanya Spasic, the vegan actor and his family stopped by to praise the restaurant food and order more food in person.

Posting a selfie on Instagram, the restaurant wrote: “Lunch time at ALK!

“He said he came to thank us for food he had ordered day before and for all we do.

“All I could say is Whaaaaaat!!!! This is not happening.

Phoenix also obliged the owner with a selfie for her daughter, upon learning that Siki was a big fan of the actor

“I told him, she will be crying that she missed him,” Spasic added in the caption.

Phoenix was seen wearing a Toronto Pig Save black hoodie during the restaurant visit. The 46-year-old is often seen supporting the organization.

Following the tragic death of Regan Russell, a 65-year-old activist, who was an active member of  Toronto Pig Save, Phoenix also attended a vigil to pay tribute to the fallen animal advocate.

Recently, Phoenix penned a foreword for wildlife photography book HIDDEN: Animals in the Anthropocene. The 320-page collectable hardcover, which features 200 images from 40 international photographers, documents “the invisible animals in our lives: those we eat and wear, those we use in research and entertainment, and those we sacrifice in the name of tradition and religion.”