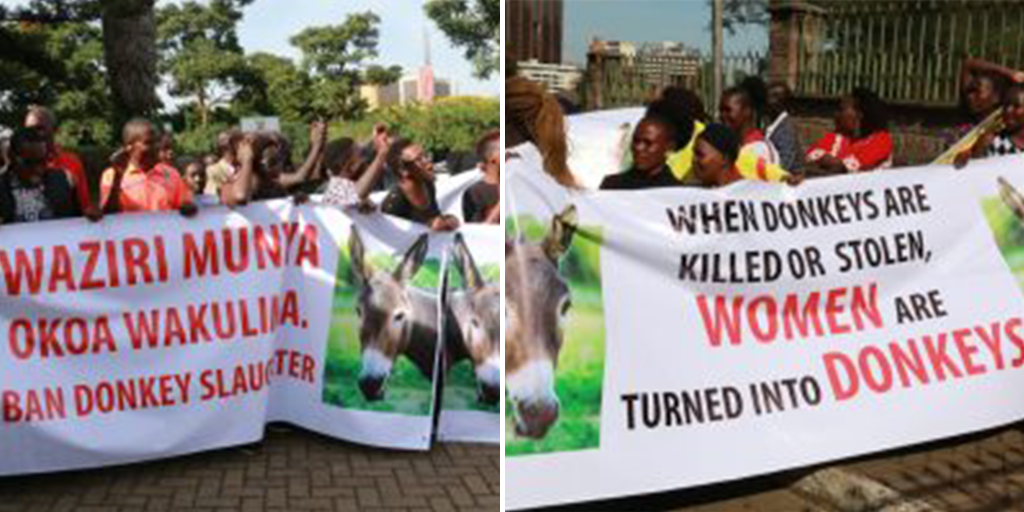 The commercial killing of donkeys has been banned in Kenya in a bid to halt the donkey skin export trade.

The country’s Ministry of Agriculture, Livestock, Fisheries, and Cooperatives confirmed the move made by cabinet secretary Peter Munya.

“This has, consequently, impacted negatively on the economic welfare and the livelihoods of the families of those who rely on donkeys for transport and as a means of facilitating trade.”

Munya addressed the representatives of the donkey owning communities, drawn from across the country, who sought for the ban on the slaughtering and export of donkey skin. He confirmed the country would ban donkey slaughter.

All four Kenyan donkey slaughterhouses have been ordered to transform operations to handle cows, sheep and chickens within 60 days.

Munya noted that if trends continue donkey populations would be ‘decimated’ and the economy would be affected in a ‘huge’ way.

Donkeys are used by farmers in rural communities for transport, domestic work and milk.

“The theft of donkeys has particularly disenfranchised farmers who use the donkeys to transport proceeds from farms or fetch water from considerably long distances,” Munya said.

“Their licenses to slaughter donkeys are further revoked immediately.”

The four licensed donkey slaughterhouses in Kenya killed 301,977 donkeys from April 2016 to December 2018, according to data from Kenya Agricultural and Livestock Research Organization.

Global populations are under threat as their skin is used in traditional Chinese medicine.

Animal welfare group The Donkey Sanctuary revealed in a report that 3 million donkey skins were imported to China in 2016 to produce a gelatin-based traditional drug named ejiao.