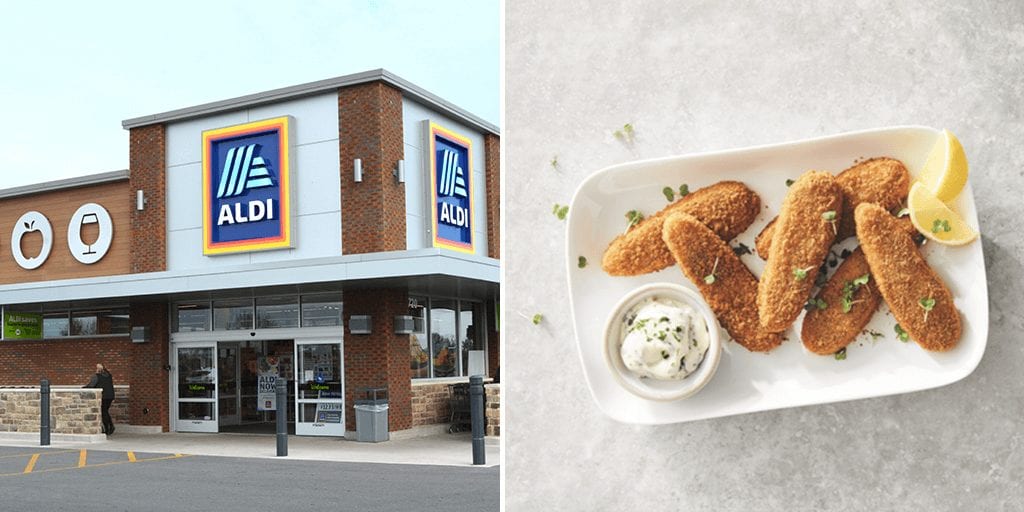 Starting September 10, budget supermarket Aldi will sell vegan dippers that will rival a similar item at McDonald’s not only in taste but cost as well.

Aldi’s plant-based treats are accredited by the Vegan society and will retail at £1.49 for six pieces compared to £3.39 for four at McDonald’s.

The crunchy and crispy golden crumb coated dippers are gluten -free and made from red peppers, arborio rice, red pesto and tomato.

It even bagged vegan charity PETA’s ‘Top Grocer Award’ for ‘promoting compassion for all animals’ and ‘protecting human health by offering a wide variety of vegan foods.’

This month, as part of its 2020 festive range, Aldi is launching a vegan turkey alongside new impressive plant-based dishes for starters, mains, sides, and dessert.

Aldi’s highly anticipated turkey alternative is made from soya and stuffed with cranberry, red pepper, apricot and pumpkin seed, and coated in a barbecue flavour glaze, and is expected to offer tough competition to Tesco, which has also announced the first of its kind ‘Wicked Kitchen No-Turkey Roast Crown’ in its festive offering for 2020.

The dish combines savoury soy and wheat protein topped with vegan coconut melt and a traditional sage and onion stuffing.

Describing the dish, Tesco’s executive chef and director of plant-based innovation Derek Sarno, said: “It all comes down to texture and using a combination of soy and wheat proteins, kind of like a seitan. It’s the first one of its kind and we’re really excited to be able to launch that this year.”

“The flavorings are just amazing. It’s a great centerpiece.”

“If it were me I’d be enjoying all of these centerpieces at the same time,” he added.

Share this story to let others know of Aldi’s new vegan dippers.