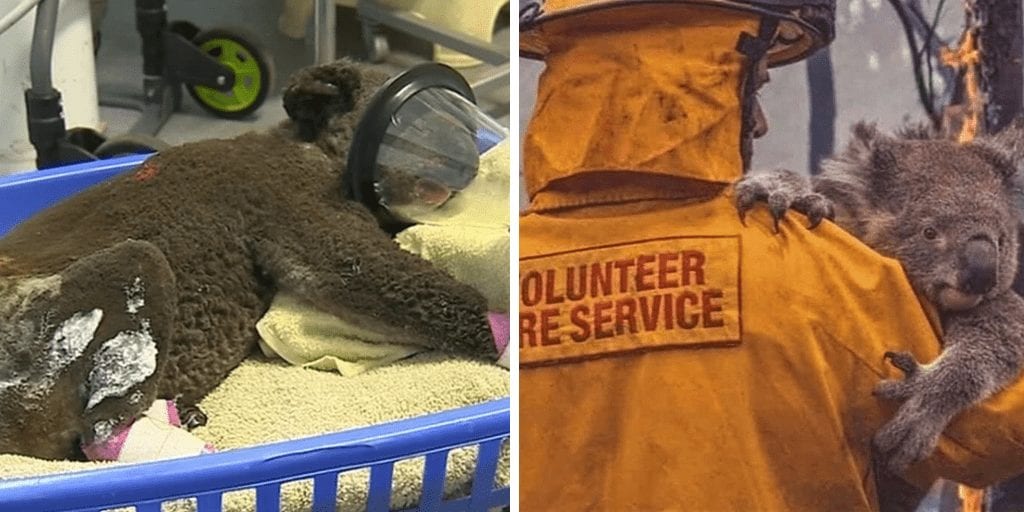 As blazes rage across Australia, heartwarming stories of compassion for animals are emerging amid the carnage of the bushfires.

Many animal lovers are dedicating their time to tend for the most affected species. One small post office the Australian village of Cobargo transformed into an animal rescue centre to do all it could to help animals who were left injured and left homeless.

Nearby businesses were destroyed by the bushfires, including a neighbouring cafe, a leather shop, a yoga studio and an incense shop.

But after firefighters managed to save Kyle Moser and his partner David Wilson’s post office, the duo decided to transform their business into a small rescue operation.

They took in an injured kangaroo they’ve named Ali, and two young joeys.

They also fed the nearby sheep, cows and goats who somehow managed to escape the blaze which destroyed their home and village.

Their post office was initially saved, but they had to evacuate with their four dogs as the blazes worsened.

“It was terrifying,” Moser told The Guardian of his experiences.

“I never thought I’d be involved in a bushfire – and never again, hopefully. It was just so scary. I just packed the car. Dave did want to fight it in the beginning but we were worried about getting out. There’s only one road in here.”

The Guardian returned after the blazes subsided with Moser to see what was left of the town, and revealed shocking images of its remains.

“I was just numb,” Wilson told the paper.

“I think your body just sort of shuts down. I still don’t think we’ve really processed it yet. I’ve literally just found out that we’re covered by insurance and I just feel flat. I think I’ve been carrying around all that stress and now I’m just empty.”

What action should the Australian government take to protect the country’s wild animals? Share your thoughts in the comments section below!