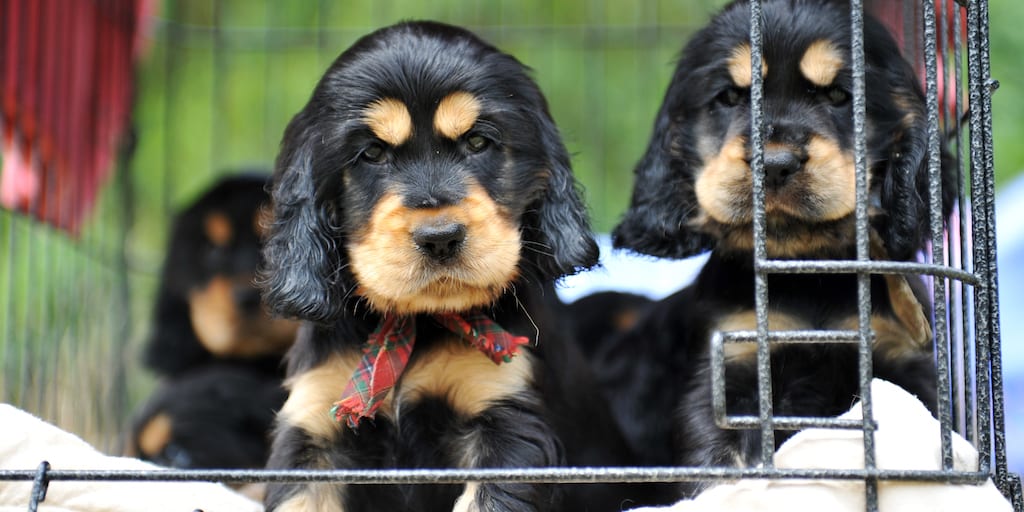 A bill which aimed to ban high-turnover puppy and kitten mills has failed to pass in Colorado due to fears over the impact it would have on pet store owners.

Animal welfare activists had fought for House Bill 1084 to improve regulations and conditions for cats and dogs.

Initially it had high hopes to block pet stores from selling cats and dogs altogether, but that condition was removed at an earlier stage.

Proponents of the bill still hoped it would pass and ensure stores use state-licensed breeders and limit the number of litters each dog could give birth to, but the bill lost a vote 6-5 at a House Rural Affairs Committee.

Animal welfare groups described pet stores as the ‘pipeline’ for mass breeders who are renowned for inhumane practices.

Republican Monica Duran supported the bill and said she would continue to fight to end puppy and kitten mills.

She accused pet stores in Colorado of ‘egregious animal welfare violations’ and said that 4,000 puppies were sold just last year.

The bill followed a string of high profile incidents in which puppies were bought from mills only to die soon after.

The bill would not impact smaller breeders or those related to service animals or livestock.

Pet store owners came out in force at the committee to defeat the bill. They claimed poor breeders misrepresented the industry and said banning breeding would drive up prices and force prospective pet owners to buy from illegal breeders.

Animal rights groups said they would amend the bill but said it is imperative to cut off mass and high-speed breeding operations.

Colorado Politics quoted Aubyn Royall of The Humane Society, who explained that a decision had been taken to remove the ban on pet stores from the bill.

“This bill, as amended, demonstrates our willingness to compromise on even the most essential provisions in an attempt to move the needle in the right direction for dogs living in puppy mills,” she said.

What do you think of puppy and kitten mills? Share your thoughts in the comments section below!