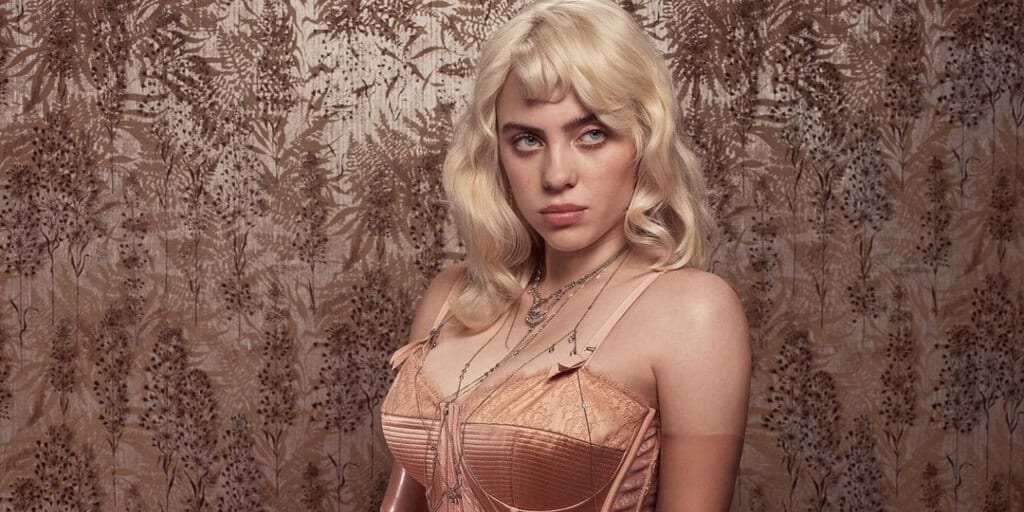 “I just can’t go on in my life knowing what’s going off in the animal world and not doing anything about it.”

Pop superstar and Gen Z icon Billie Eilish has shared her reasons for going vegan during an interview for British Vogue’s June issue.

As part of the interview, the award-winning singer-songwriter answered questions from 23 of her famous fans, which included Orlando Bloom, Halle Berry, Denzel Curry, Avril Lavigne, Justin Beiber, and more.

Bloom, who recently admitted that he has turned 90% plant-based asked Eilish to explain her reasons for adopting the lifestyle.

“I hear that you are vegan,” Bloom said.

“[And] I was wondering what your reasoning for being vegan was?”

Eilish responded: “I am vegan. I’ve been vegan for – damn – seven years.

“I learned about the dairy industry and the meat industry, which I already knew about… But once you know about that kind of thing and you see it, it’s really hard to go back.

“And now, even though I have lots of friends who eat dairy and meat and I never want to tell anybody what to do – I just can’t go on in my life knowing what’s going off in the animal world and not doing anything about it.”

In the same interview, Hailey Beiber asked Eilish to name her favourite place to order take-out from in LA.

“It has got to be this place My vegan- which is Thai,” the 19-year-old replied.

She added that spicy basil noodles, satay, and curry were some of her go-to options.

The “Ocean Eyes” singer, who is a strong proponent of the vegan movement, is often seen using her massive reach to advocate veganism and raise awareness about animal cruelty and the climate crisis.

In 2014, after she went vegan, Eilish wrote to a fan: “I love animals and I just think there’s no point in creating something out of an animal when the animal is already there.  Leave the animals alone….also, I’m lactose intolerant and dairy is horrible for your skin, and my skin is VERY aware of that.”

Share this story: Billie Eilish tells Orlando Bloom what made her go vegan seven years ago.