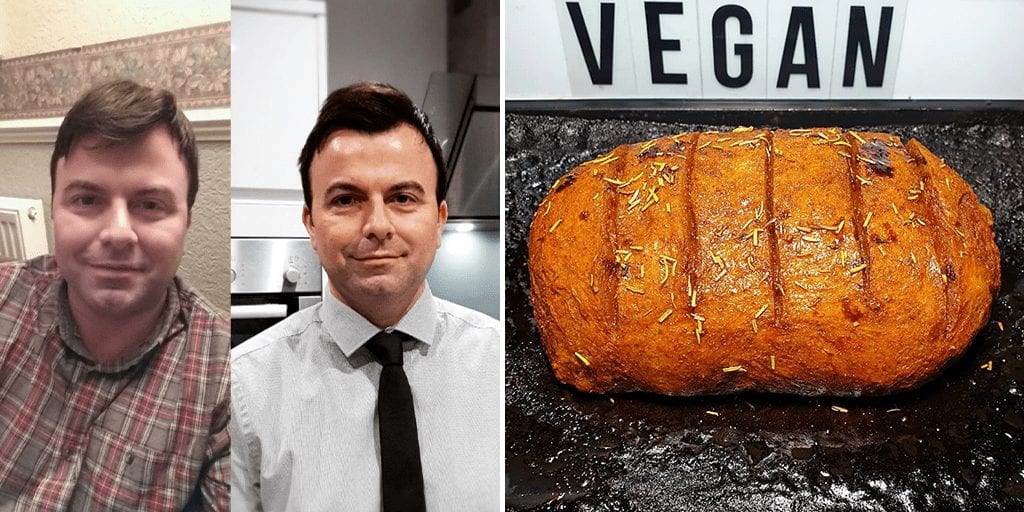 Brighton based Aaron Calder was almost dead back in 2012 when his body gave in after “years of binge drinking, bad diet, lack of sleep & not eating properly.”

Back then, he was rushed to the hospital after he started vomiting blood and spent two weeks  battling ”kidney infection, malnutrition, liver damage, damaged spleen, gout, pneumonia & more.”

According to doctors, his badly damaged organs couldn’t filer blood anymore and several veins in his esophagus had “burst open”.

But Calder has come a long way since his hospital days and one of the things that has benefitted him the most is veganism.

According to The Metro, Calder admitted that he was recuperating rather slowly despite giving up on alcohol and  a Netflix documentary called Fat, Sick and Nearly Dead inspired Aaron to go vegan and the decision has turned his life around.

“The vegan diet has played a massive role in my recovery. It has given the body the chance to heal,” he said.

‘When I stopped drinking, my liver didn’t improve much. It wasn’t until I adopted the vegan diet that my results started to improve.”

Within months, Calder’s liver started functioning normally and his cholesterol and blood pressure too started normalizing.

Inspired by his miraculous recovery, Calder recounted his experience on his Instagram account, he wrote: “I’ve decided 2020 is the year of honesty & clarity.

“I feel its time to use my knowledge & experiences to help others. I’ve gone from rock bottom & rebuilt my life (see pics). One of the biggest things that helped me was veganism.

“My doctor has been shocked at how dramatically my health has improved in the past 4 years since being vegan. From being told I have chronic liver disease to gradually seeing my body heal. I’m not a doctor or nutritionist but most certainly my diet has been life saving.”

Calder is now a full-time food blogger and creates vegan recipes and YouTube videos to spread his message far and wide.

“I am now enjoying my work as a food blogger. I have swapped my alcohol addiction with a focus on making really good food,” he says.

With his experiences he also hopes to “help anyone suffering with addiction issues, poor physical or mental health,” and help them recover, rebuild and be healthy again.

His story has inspired others to share the benefits they’ve experienced since going vegan.

One user wrote: “Wow well done for bringing yourself back from hell and thanks for sharing. I have a similar story…

“Five years ago I was two stone heavier. 180/100BP. 9.5 cholesterol levels. Doctor dosed me up with statins and all kinds of meds.

“Then I decided no more. Much to my doctors dislike I ditched all the meds and tried vegan as an experiment as my wife already was and never turned back. BP now 120/80. Cholesterol 3.5.

“ My doctor even called me in to ask how I had done this. To be honest with the help of people like you Aaron that share such tasty recipes vegan food is just so much better and easy to make.”

A third user commented: “This is a very powerful testimony to the endless benefits of being vegan. If only more people stopped to think about how we’ve been brainwashed pretty much from birth for entire generations.”

What benefits have you observed with veganism? Share your stories in the comments below!