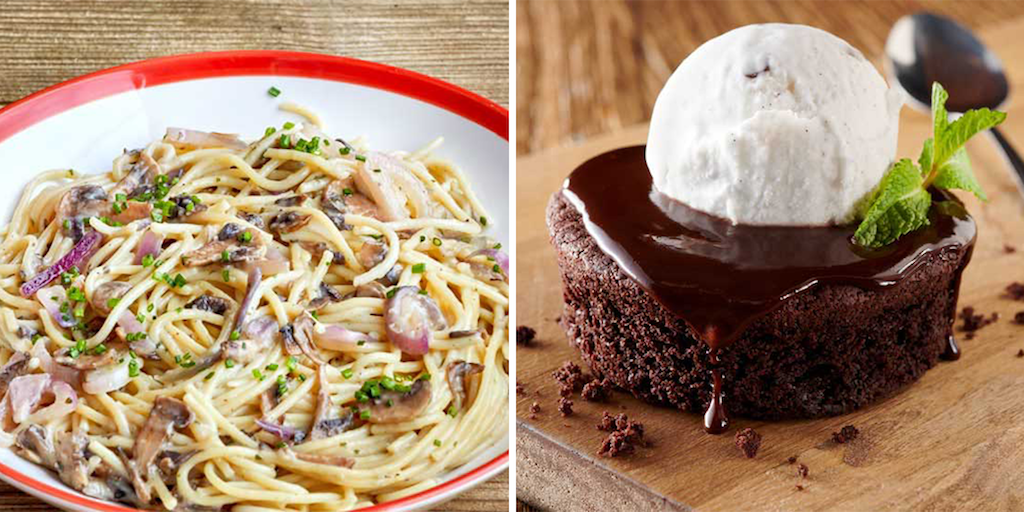 Frankie & Benny’s is set to welcome Veganuary with 8 new dishes that the restaurant is adding to its existing vegan offerings. From January 2, the restaurant will offer over 30 vegan dishes on its menu.

“We have added 8 new vegan dishes to the menu for January, bringing the total number of vegan dishes to 30 and it now stands as a menu on its own,” said the company’s spokesperson to Vegan Food & Living.

Speaking about the menu the spokesperson explained that the new dishes “not only reflect their Italian American heritage” but also “appeal to the flavours and dishes that the vegan guests are looking for.”

The main course includes a vegan sausage with fried onions and vegan mayonnaise and a rich lentil and soy mince.

Frankie & Benny’s new desserts include a mouthwatering Chocolate & Raspberry Lava Cake with a scoop of vegan choc-chip ice cream and an Apple Crumble garnished with vegan oats and served with dairy-free ice-cream.

“With veganism showing no sign of slowing down, creating more choice and catering for different occasions is key – from the quintessentially Italian American plantballs, to a salad with interesting tastes and textures or an unbelievably creamy cheesecake, we’re hoping to show that there is no need for compromise when it comes to vegan food. All vegan mains will be available with 50% off mains,” added the company representative.

Which restaurant serves the best vegan menu? Share your thoughts in the comments below!