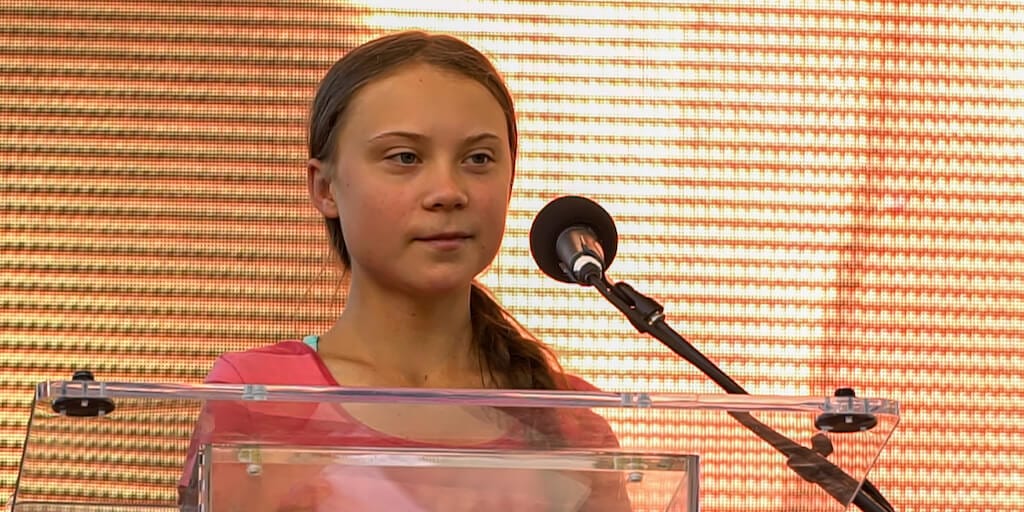 The teenage climate activist joins several voices that call on leaders to reject the ‘unnecessary and extreme restrictions’ proposed by Amendment 171, which also contradict public health and sustainability goals of the EU’s Green Deal and Farm to Fork Strategy.

Greta Thunberg has raised her voice in protesting new, stricter rules under consideration by the European Parliament to ban vegan products from even referencing anything dairy-like or using packaging associated with the dairy industry.

This new proposed law called Amendment 171 otherwise known as the dairy ban was voted in favour by MEPs last year.

EU law already bans the use of terms including ‘oat milk’ or ‘vegan cheese’.

However, the new rules would further prohibit the use of descriptors that attempt any “imitation or evocation” of existing dairy products such as ‘yoghurt-style’ and ‘creamy-texture’.

Plant-based companies could also be banned from using packaging styles that bear resemblance to dairy packaging – for example, milk bottles and yoghurt pots.

In addition, they also could be stopped from making comparisons between the environmental impact of plant-based products and traditional dairy.

As EU council leaders enter talks with the Commission and the Parliament this week in a process known as a ‘trilogue’, to decide if it should become law, 21 international NGOs including The Good Food Institute, Greenpeace, WWF, Food Watch, Compassion in World Farming and The vegan society have also called on EU leaders to reject the legislation.

They argue in their open letter addressed to the Portuguese presidency of the council of the EU that the ban contradicts EU’s public health and sustainability goals of the EU Green Deal and Farm to Fork Strategy.

Greta Thunberg in her recent tweet wrote: “We are in a climate- and ecological emergency. What should we do?

“I know! Let’s ban plant-based dairy from displaying allergen info being sold in cartons, using images of their own products and explaining the climate impact of food. That’ll fix it.”

We are in a climate- and ecological emergency. What should we do?
I know!

Look! It’s 60 seconds of stupidness featuring an EU proposal that contradicts climate goals and basic common sense, brought to you by friends of the European milk lobby. Or skip the show and just sign the petition at https://t.co/zGzazgLb4o. #StopPlantbasedCensorship #StopAM171 pic.twitter.com/M4SIH9Lb9O

Slamming the dairy lobby, Oatly’s Cecilia McAleavey, Director of Public Affairs and Sustainable Eating told Food Navigator: “People are not stupid — everyone understands that this is an attempt by the dairy lobby to hinder the shift towards sustainable plant-based eating.”

Oatly and the owner of Flora margarine are spearheading a campaign to overturn the new proposed EU rules.

Their petition reads: “ Dairy terms are already protected by law. Amendment 171 would go further and censor all use of dairy-related language, packaging, or imagery for plant-based foods.

“In this way, amendment 171 would not only hide information from consumers but also hinder innovation and the emerging sustainable food sector.

“Altogether, it would be a huge reversal of the work done so far to meet the EU’s own goals on public health and sustainability, as agreed under the terms of the Paris Agreement.

“Given the urgency of the climate crisis, it’s a highly irresponsible move.”