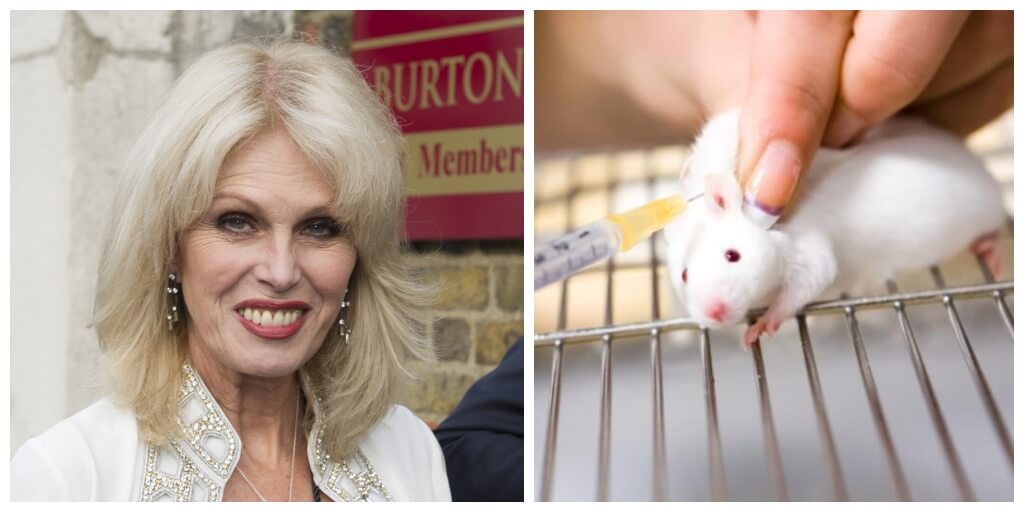 “And what do these tests do besides traumatising animals? Absolutely nothing,…”

Joanna Lumley is urging the University Of Bristol to end its “ghastly” use of the forced swim test.

The BAFTA-winning actor and staunch animal rights activist has written a letter to the University’s vice-chancellor and president, Hugh Brady – requesting to forgo the ‘traumatizing’ practice of ‘nearly drowning’ the animals.

Researchers use forced swim tests to assess animals’ state of mind in order to shed light on human conditions such as depression and stress.

The widely criticised test on baby rats includes confining them or other small animals in sheer-sided containers of water after dosing them with a test substance and watching them paddle furiously in search of an exit, while desperately trying to keep their heads above the surface.

According to the ‘controversial theory’ a depressed animal will give up faster than others and the time it takes to stop swimming can in some way ‘tell us something about the psychological state of humans with clinical depression and other stress-related mental health conditions’.

‘Neither required nor beneficial’

“And what do these tests do besides traumatising animals? Absolutely nothing, it seems,” Lumley wrote in the letter on behalf of PETA.

“[T]hese experiments attempt to compare the animals’ ordeals with human conditions such as depression and stress, yet the test is neither required nor beneficial for producing new antidepressant treatments for humans.

“In fact, these tests may actually hinder the development of successful treatments for such conditions.”

At least 15 companies and two universities, including King’s College London, have declared that they’ll no longer use the forced swim test following discussion with PETA.

Even scientists working for the Medicines and Healthcare products Regulatory Agency (MHRA) have concluded in a scientific paper that nearly drowning rats and mice cannot predict the efficacy of potential new antidepressant drugs.

PETA is increasing the pressure on Bristol university through an online petition, which has garnered over 25000 signatures so far.

It reads: “ These types of tests are mired in scientific and ethical controversy. They’re not reliable and, like other poorly validated tests on animals, can hinder scientific progress.

“With the right strategies in place, universities can help accelerate the global shift towards more efficient and effective animal-free science.”