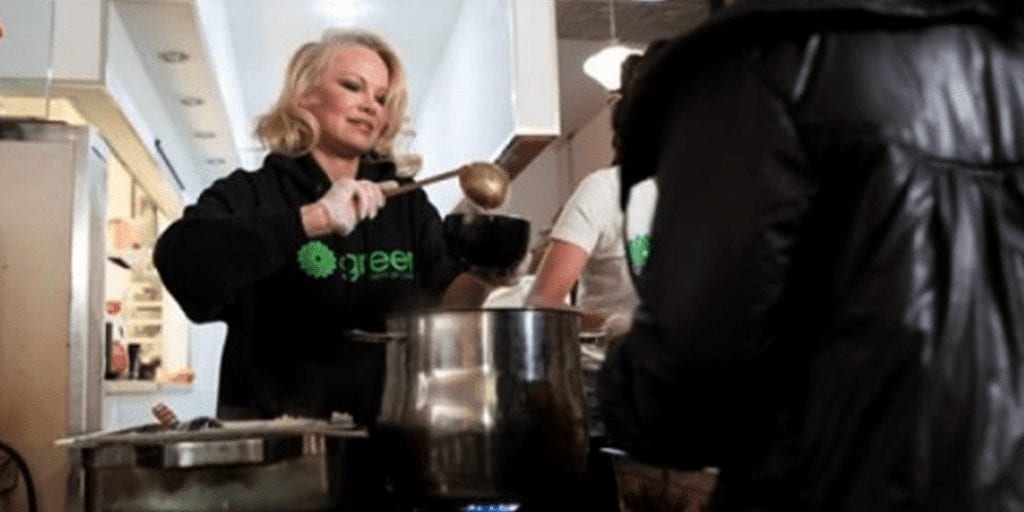 The vegan actress has urged Trudeau to take meat and milk off menus for inmates, which she argues will also save money for the taxpayer.

She said it is a “simple but effective way to reduce costs and improve lives” in a letter to the Prime Minister.

The demand comes as part of the Baywatch star’s campaigns with animal rights group PETA.

She has suggested prisons serve meals of rice, lentils, pasta, vegetables and fruits which would come “at a fraction of the cost of meats and cheeses” while improving inmates’ health.

Anderson’s letter points to an EU climate report which urges a global shift to a plant-based diet to reduce climate change.

Anderson has been a vegan for many years and is a prominent animal rights campaigner.

This September she even convinced the Playboy Club in London to ditch foie gras from its menu.

The 14-time Playboy cover star sent a letter to the Club after she was disgusted to find out the venue featured it on the menu.

In response, Playboy confirmed the dish had been removed and pledged never to serve it again.

“I’m part of Playboy’s family – and, I like to think, and as Hugh Hefner always told me, its DNA,” Anderson said in the letter.

“I adore the brand’s playfulness and luxury but was confused – and disappointed – to learn that the Playboy Club London is serving foie gras.

How influential are celebrities like Pamela Anderson for animal rights? Share your thoughts in the comments section below!