Spain’s running of the bull festival cancelled over COVID-19 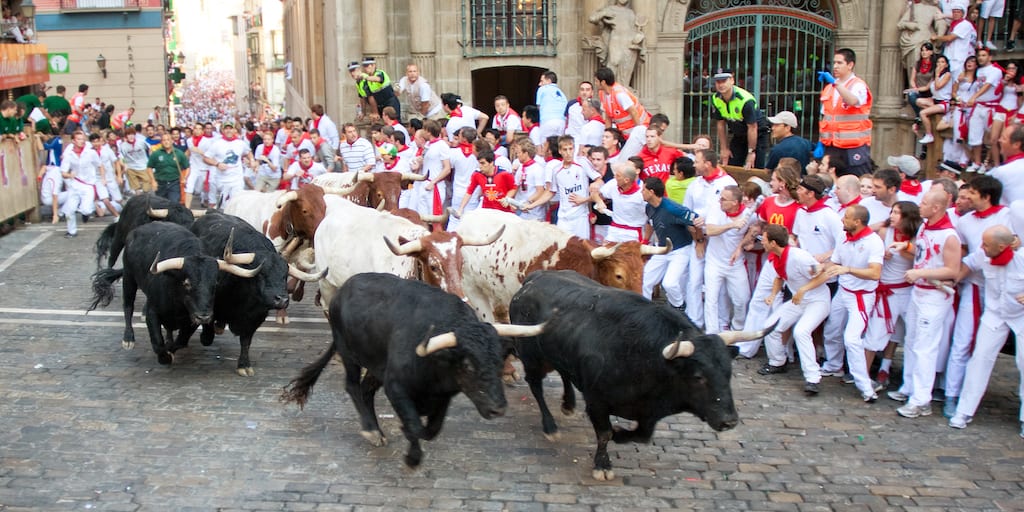 The annual running of the bulls festival in Pamplona has been called off due to the coronavirus pandemic.

The eight-day long fiesta which involves religious parades, concerts, bullfights as well as the daily bull runs attracts millions of revellers. However, according to  Pamplona officials, the event will not be taking place this summer with social distancing measures in place.

“As expected as it was, it still leaves us deeply sad,” said acting mayor Ana Elizalde.

“It seems complicated to celebrate San Fermin (at all) this year, but we will wait to see how events evolve.”

The novel coronavirus that some experts have linked to a wet market in Wuhan, China has spread to at least 185 countries and regions.

Spain is one of the world’s worst-hit countries by the pandemic. It has recorded a total of more than 22,157 deaths and over 213,024 confirmed cases so far, according to data compiled by Worldometer.

Enrique Maya, the Pamplona mayor, has also  tested positive for COVID-19 and is recovering under self isolation.

“It seems our beloved fiesta is at odds with the coronavirus,” continued Elizalde.

“We’re supposed to wear masks, keep a social distance — measures that are incompatible with what San Fermín is.”

The  highlights of the 400-year-old  festival entails bulls running throughout the town’s narrow streets over an 875-meter course with throngs of people on the same street chasing the animals.

Next up a bull fight  is staged every evening in which picadors—men on horses— corner a bull in a ring and try to provoke the animal with  lances, harpoons and other weapons. The matador then enters the ring for the final face off in which he tries to kill the bull with a long sword or daggers.

At least 48 bulls are brutally stabbed to death throughout the week-long festivities, causing  several animal rights groups  and activists to slam this festival for its inherent cruelty to animals.

‘Do the right thing’

Following news of the unexpected cancellation, PETA dashed out a letter to the mayor offering the city a quarter of a million euros if it permanently ends the cruel bull runs and subsequent bullfights.

“We hope you’ll accept our offer. Together, we can begin planning a 2021 San Fermín festival that everyone – including animals and their protectors – will applaud,”  wrote PETA founder Ingrid Newkirk.

“This is your moment to do the right thing and earn worldwide praise by putting Pamplona on the map – for all the right reasons.”

Share this news to raise awareness of the exploitation of animals in the name of entertainment and fun.