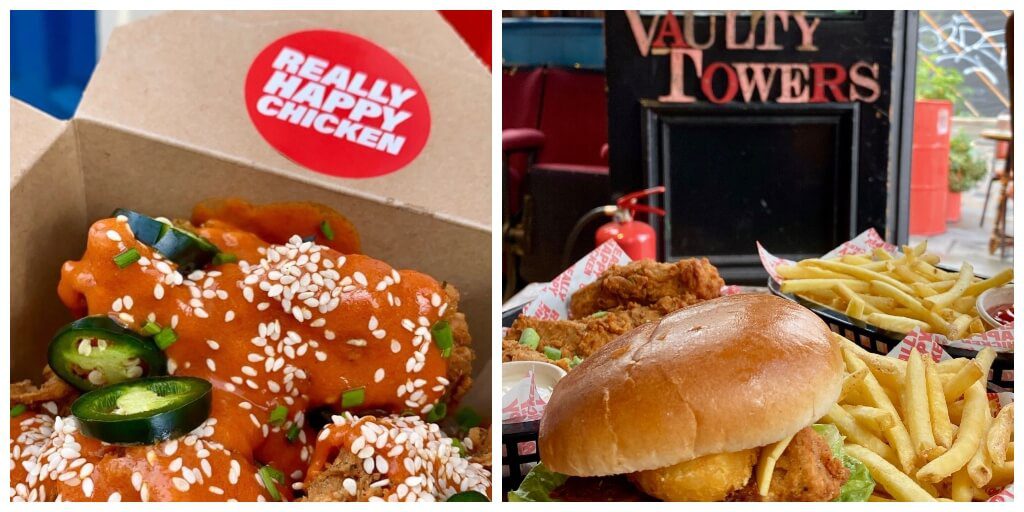 The new shop is housed in Vaulty Towers, Waterloo.

The brand, which serves KFC inspired vegan chicken, opened the doors to its first restaurant in West Street just last year and was recently named among the top 30 ‘badass burger joints’ in the UK.

The new location will feature all the favourites that fans have come to love including the seitan-based chicken which can be ordered in the form of a burger (Really Simple, Really Buffalo 2.0, Really Big, and Really Sticky options) or as wings (in Kentucky, Buffalo 2.0, and Korean Sticky flavors) with fries, tater tots, and hashbrowns as sides.

Other options on the menu include vegan versions of Mac n Cheese, Mac Carbonara, Kentucky popcorn, and caesar salad.

“I absolutely love London and couldn’t wait to launch there – we were Brighton’s darling when we opened here and we hope to be London’s darling too,” RHC founder Owais Amiri told Totally Vegan Buzz.

He added: “I see a lot of similarities between London and Brighton, including the fact both have a really strong vegan community.

“Given the sheer number of vegans in London, I think it’s an ecosystem in which all plant-based restaurants can thrive alongside each other.

“And ultimately more vegan options across the city will lead to an increasing number of people choosing to become vegan, so the more the merrier, I say.”

News of the launch was greeted positively on social media, with a Instagram post garnering many positive responses from excited customers.

“Wow what great news, one definite reason to come to Waterloo now !” wrote one fan.

“Never have i ever been happier to live 10 mins from waterloo,” commented another

“This is soooo flipping exciting,” added a third.