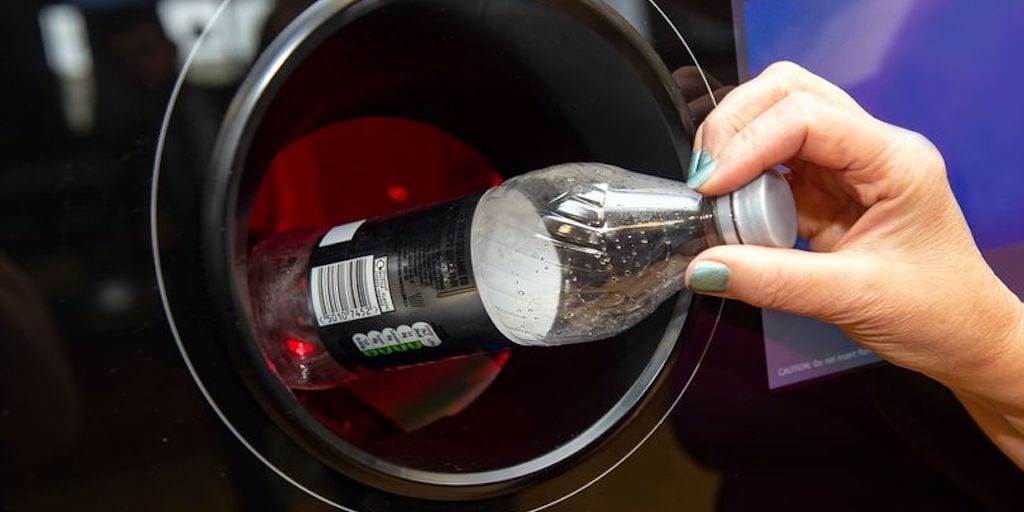 New machines in Scotland will offer 20p in return for empty plastic bottles in a new environmental scheme.

The Government hopes that new schemes will save 196,000 plastic bottles from being dumped in the Stirling area by encouraging people to recycle.

Zero Waste Scotland has released a report which reveals people living in the Stirling Council area use 12 million plastic bottles a year, 217,000 of which are thrown away.

The concept will see shoppers pay a 20p deposit when buying most drinks, which can be refunded at proposed ‘reverse vending machines’ which will return the money.

It is predicted that the new idea will lead to a 90 percent reduction in litter.

“We all hate seeing empty bottles and cans littering our streets, green spaces and beaches. The great thing about Scotland’s deposit return scheme is it will give people a 20p incentive to do the right thing with their empty bottles – take them back for recycling, rather than risk them ending up on our streets or in our rivers.

“Litter isn’t just an eyesore – it also pollutes our environment and seas. And for every bottle littered, more plastic has to be created, generating more planet-damaging emissions.

“When you take back your empty bottles to be recycled, you’ll not just be getting your 20p back – you’ll be doing your bit in the fight against the climate emergency.”

And it’s not just plastic which will be included – the deposit return scheme will also cover aluminium cans and glass bottles in any sizes from 50ml to 3 litres.

It will cover products from online producers and any drink purchased across the country.

The Government is expected to introduce legislation enabling the scheme later this year.

What do you think of this scheme? Share your thoughts in the comments below!