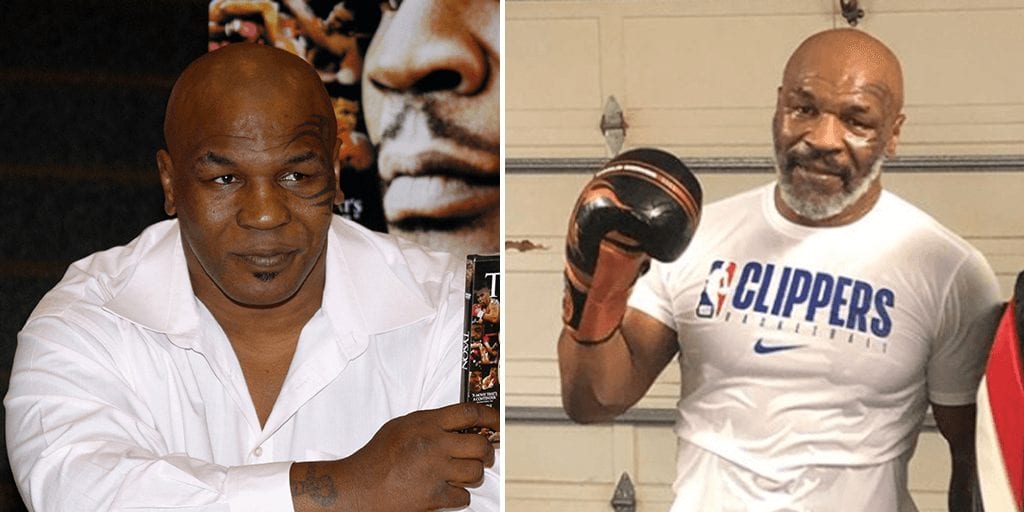 ‘Becoming a vegan gave me another opportunity to live a healthy life.’

Mike Tyson has dramatically transformed his health over the last decade after piling up over 378 lbs with a diet of steaks, alcohol and drugs.

In fact, the former undisputed heavyweight champion has been working hard in the rings and is contemplating on making a comeback after retiring from the sport in 2005.

According to Iron Mike switching to a plant-based diet in 2010 not only helped him shed the excess pounds but also helped alleviate some of his health problems.

The 53-year-old credits his disciplined and clean plant-based eating and a rigorous exercise regime to be the reason he is in the ‘best shape of his life’.

After being diagnosed clinically obese in 2009, Tyson turned his life around by ditching meat and adopting a healthier lifestyle. Speaking on his transformation, he said: “I was so congested from all the drugs and bad cocaine, I could hardly breathe.

“I had high blood pressure, was almost dying and had arthritis. Turning vegan helped me eliminate all those problems in my life.”

During an interview with Oprah Winfrey in 2013, the boxing star said: “Well my life is different today because I have stability in my life. I’m not on drugs. I’m not out on the streets or in clubs and everything in my life that I do now is structured around the development of my life and my family.

“I lost weight. I dropped over 100lbs and I just felt like changing my life, doing something different and I became a vegan.

“Becoming a vegan gave me another opportunity to live a healthy life. I was so congested from all the drugs and bad cocaine, I could hardly breathe. High blood pressure, almost dying, arthritis and once I became a vegan all that stuff diminished.”

? Mike Tyson in great shape at 53 as he continues to tease a possible comeback in this promo video for Chinese social media website Weibo…

Tyson’s new coach, legendary MMA trainer Rafael Cordeiro, who is working to help him get back into boxing training is all praise for Tyson’s transformation and incredible speed and power.

Speaking about Tyson on the Ariel Helwani MMA Show, Cordeiro said: “I didn’t know what to expect from a guy who hasn’t hit mitts for – I think – almost ten years.

Share this story to inspire others wanting to go vegan.